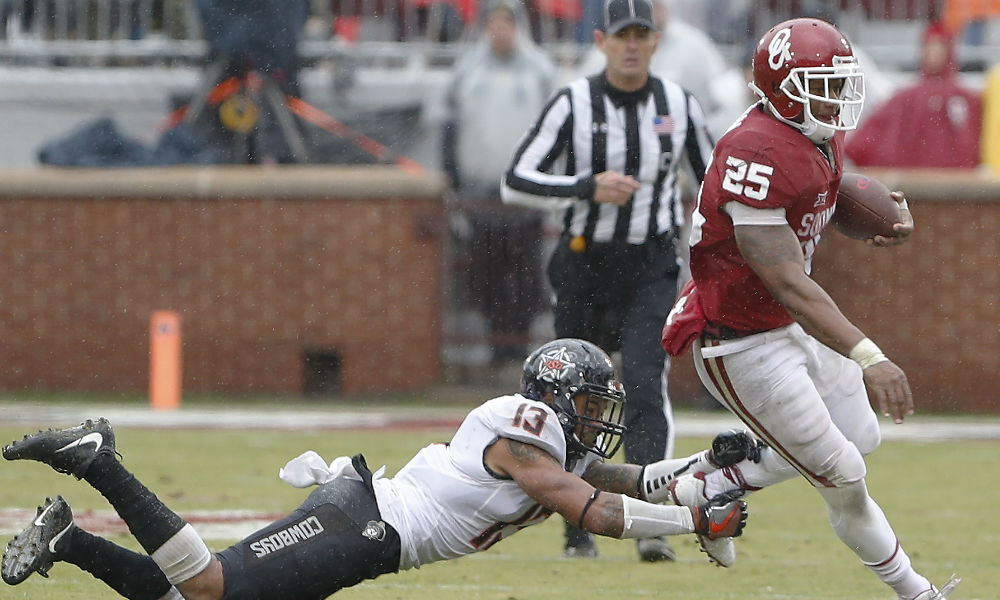 Despite the controversy video of Oklahoma running back Joe Mixon punching out a female student, which resulted in four fractured bones in her face, the talented Mixon has elected to enter his name into the 2017 NFL Draft pool.

Based on pure talent alone, Mixon should be selected in the first round. However, with this ugly video out there for the public to see, many teams will be unwilling to select Mixon. Similar to the case with Ray Rice, which is why he’s still not been granted a second opportunity.