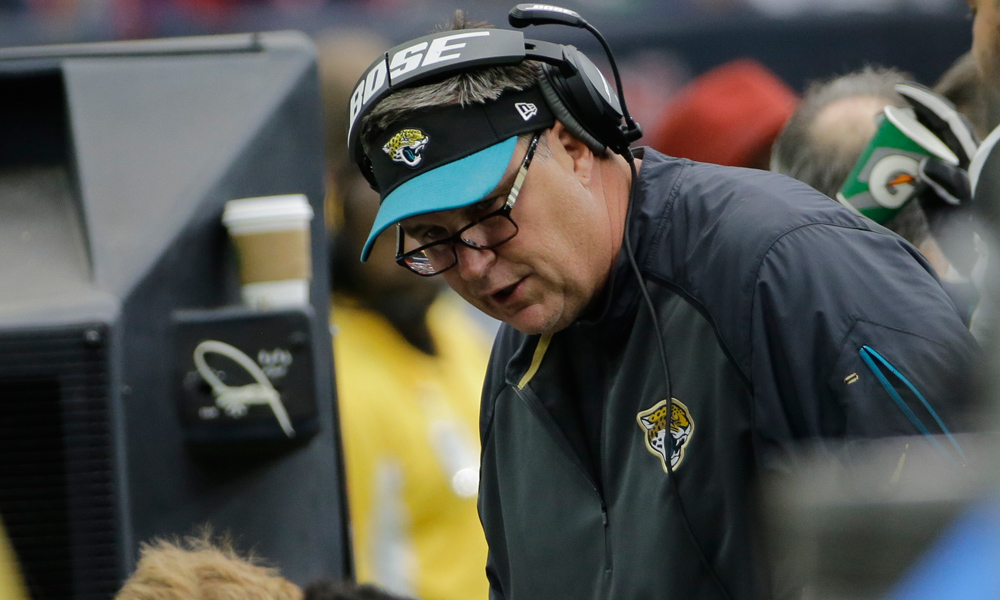 After missing the playoffs for the ninth straight season, the Jacksonville Jaguars are actively seeking a new sideline general. The Jags decided to fire Gus Bradley with two weeks left in the season and interim head coach Doug Marrone was able to lead them to a Week 16 victory, which snapped a nine-game losing streak.

While Jacksonville is set to meet with Josh McDaniels and Kyle Shanahan this weekend, they’re strongly considering Marrone as well. Yesterday, the team’s brass met with Marrone for the majority of the day.

The #Jaguars met with interim coach Doug Marrone all day and late into the night on Thursday, source said. Sounds like it went well.

The Jaguars are also expected to have an interest in Tom Coughlin, Mike Smith, Anthony Lynn, and Harold Goodwin.