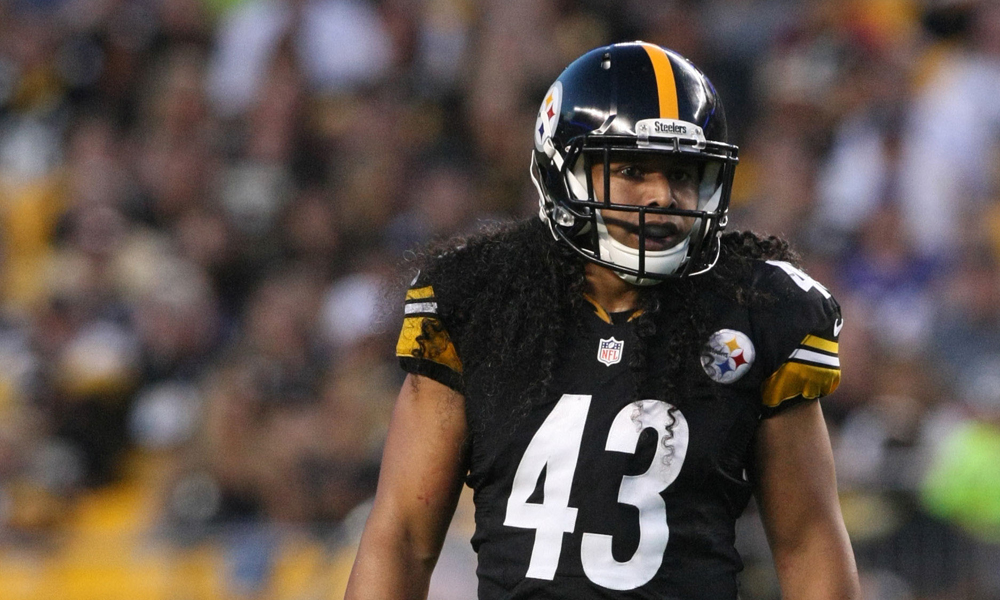 The Baltimore Ravens took the football field for the first time following the indefinite suspension of Ray Rice against the Pittsburgh Steelers for a primetime discussion about domestic abuse that the NFL wishes would go away as soon as possible.  For me, the NFL has an even bigger problem brewing and it reared its ugly head twice on the same drive.  Troy Polamalu and Mike Mitchell were both flagged for hitting “defenseless receivers” and, although I am a quarterback and like my receivers to stay healthy, I feel incredibly sorry for the defenders trying to play the NFL game today.

We can all agree that Rice’s hit in the elevator is never acceptable, but gaining agreement on what is a legal hit on the NFL’s football field will never happen, because the definition now is so subjective that no one, not even the referees, knows what is considered legal anymore.

On the first of the penalties, Polamalu hit Ravens tight end Owen Daniels in the chest with his shoulder after Daniels had caught the ball.  Nevermind that he hit the tight end with his shoulder like he is now mandated to do, he must also wait for the receiver to catch, turn, have a cup of tea and acknowledge that he is ready to be hit (but not too hard please).  Polamalu is one of the NFL’s poster boys for big and illegal hits, but this one seemed to be textbook. With the ever-softening league and its evolving rules to protect player safety, it has left me wondering just how far will it go to reduce what made the game so popular.  Allowing a receiver to catch a ball in front of you and not being able to hit him to jar the ball loose is an incredibly hard thing to stop at full speed and an even tougher pill to swallow for a game that moves so fast.

Following Polamalu’s penalty that took the ball near the goal line, the Ravens once again tried their luck through the air and Joe Flacco tried to squeeze in a slant to Steve Smith Sr.  The ball was beginning to be jarred loose from behind a yard into the end zone. Steelers safety Mitchell came up and hit him with his shoulder and even looked like he held up a bit, but his forearm came up after the hit and while it did not hit Smith, a slow motion look showed an upward motion and the yellow flag came raining down once again (was the penalty for intent to hit with forearm?).  Another defenseless receiver call from Ed Hochuli put the ball at the one yard line and the Ravens finished off the drive with a Flacco TD pass, leaving Steelers head coach Mike Tomlin, his team, Pittsburgh fans and people like me slack-jawed and frustrated.

The NFL game has been America’s favorite for some time now and the incredible violence that is part of the game is one of the biggest reasons.  Over the years the league’s rule changes have been making it harder and harder for the defenses to compete, with almost every rule change benefiting the offense. This year’s significant change was to cornerbacks’ ability to touch receivers after five yards. It has been a rule for a long time, but 2014 finally seems to be the year of enforcement, which means the game will continue to evolve through the air instead of the ground.

I am an advocate for making the game safer, within reason, but everything has its limit and we have certainly reached it on this subject, in my opinion.  The hits that Polamalu and Mitchell delivered on Thursday night really seemed like great defensive football plays and instead were penalized and helped propel Baltimore to the win.  Those type of hits need to be legal for the good of the game and competitive balance.  If Roger Goodell and company think domestic violence is bad for business, just keep taking the good, clean hitting out of the game and you will soon find that “two-hand touch” football doesn’t draw the same fan or corporate interest as the great game we used to know.