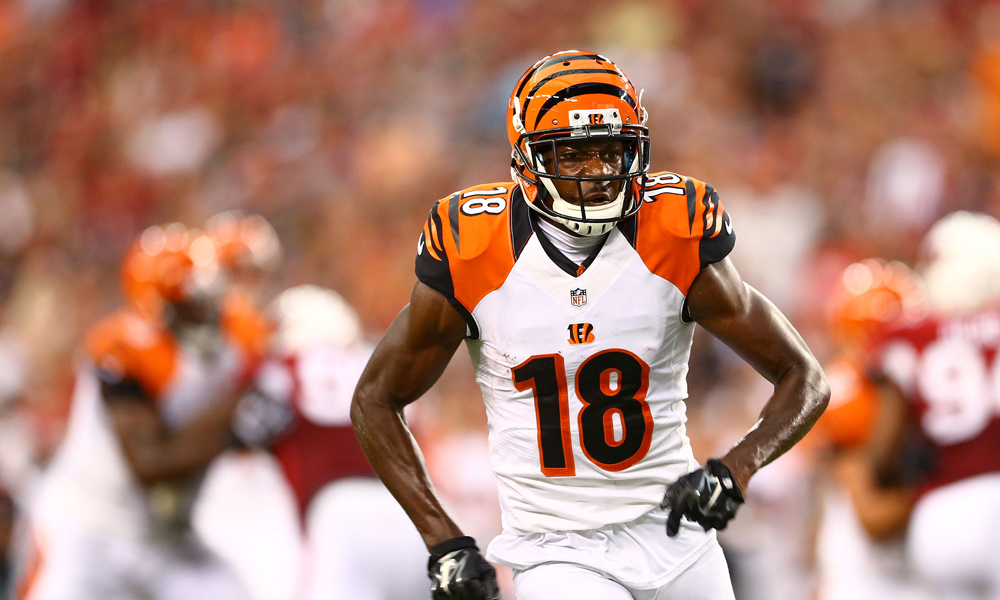 The past seven days have certainly been difficult for the National Football League.  Last Monday, the “missing” Ray Rice elevator video was posted by TMZ and the public outcry forced the Baltimore Ravens to terminate his contract.  Roger Goodell followed suit by giving Rice an indefinite suspension, which made the league look reactive instead of proactive.  Then, a report came out that the league office saw the once “missing” video after Commissioner Goodell denied it, causing an “independent” investigation of the matter.

If that wasn’t bad enough, superstar running back Adrian Peterson was arrested in Houston for child abuse after whipping his 4-year-old son with a switch back in May.

Everyone involved with the NFL just wanted to see some actual game action with fans cheering on Sunday.  The games went on as scheduled, but the results on the field Sunday were pretty catastrophic for some teams.

More than just fantasy games were affected by the myriad big-name injuries on Sunday.  The day was kicked off with Washington Redskins quarterback Robert Griffin III suffering what’s being reported as a dislocated ankle on Washington’s second possession of the game.  On the very next offensive possession by the Redskins, DeSean Jackson laid out for a deep pass from Kirk Cousins and injured his shoulder, which forced him to leave the game without a return.

The injury bug traveled to Miami as starting running back Knowshon Moreno suffered a gruesome dislocated elbow early in the Dolphins’ 29-10 loss to Buffalo.  Moreno is expected to miss at least a month.

In Cincinnati, star wide receiver A.J. Green suffered a toe injury on the team’s first possession, which forced him to miss the rest of the game in the team’s 24-10 victory over Atlanta.  The Bengals lost tight end Tyler Eifert last weekend with a dislocated elbow and are still battling without wide receiver Marvin Jones, who was lost in preseason.

Kansas City may have lost more than just a regular season game to their rival Denver Broncos as Pro Bowl running back Jamaal Charles went down in the first quarter with an ankle injury.  Charles would not return and neither would Pro Bowl safety Eric Berry, who re-injured a heel that kept him out of preseason.

Although it didn’t have a ton of fantasy impact, Buccaneers All-Pro defensive tackle Gerald McCoy broke his right arm and was forced to leave in Tampa’s 19-17 defeat against St. Louis.

NFL Getting Tougher Off Field, Softer On It