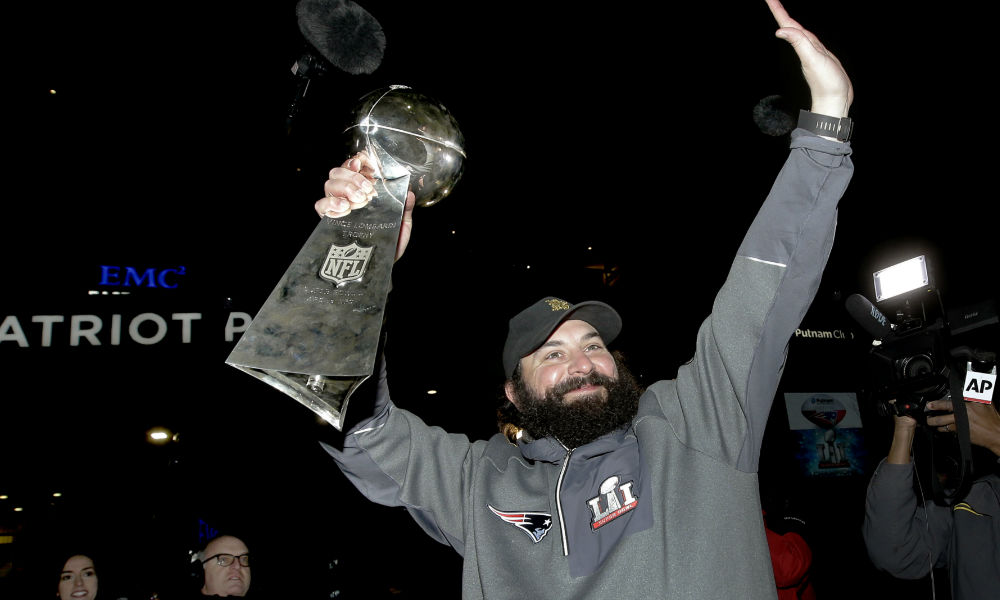 When the world found out the New England Patriots were going to participate in Super Bowl LI, many were anticipating the awkward moment when Commissioner Roger Goodell would have to hand the Vince Lombardi trophy over to the Patriots.

However, the exchange between Goodell and the Patriots brass was very respectful and classy, but things changed when the champs returned to Foxborough.

Looks like Matt Patricia is wearing a Goodell clown shirt as the team arrives back in Boston pic.twitter.com/YK8OPZ4Hoh

While this is far from a politically correct move, you better believe Patriots fans across the nation were thrilled to see defensive coordinator Matt Patricia pull this off.