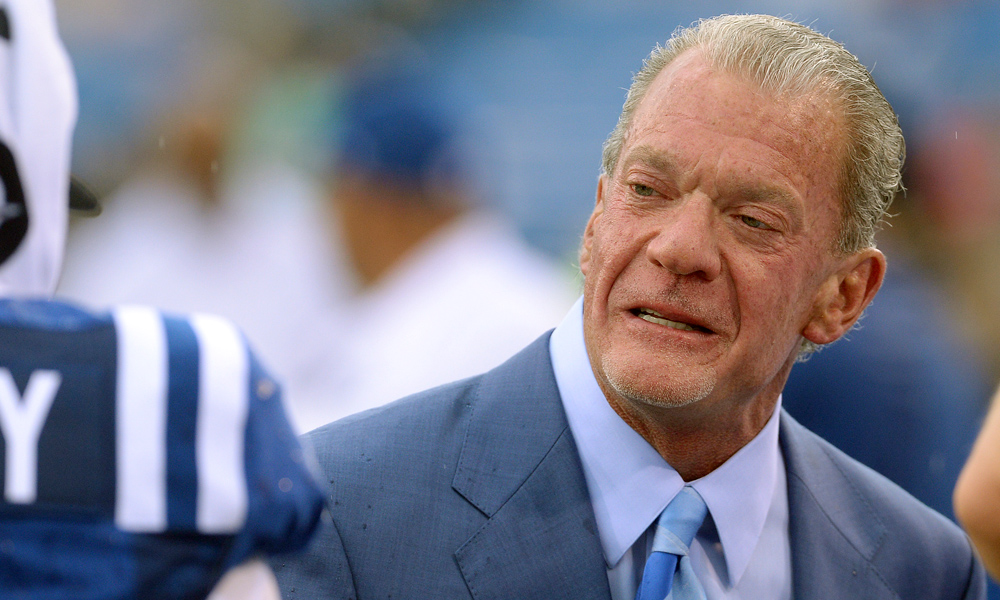 Two years ago, Indianapolis Colts owner Jim Irsay stated how the Andrew Luck era has to at least yield two Super Bowl titles. To this point, the franchise hasn’t reached the big game under Luck. As a matter of fact, for the second straight year, the Colts won’t even see postseason play.

Despite the disappointment, earlier in the month, Irsay stated how he doesn’t anticipate making any major changes. However, his tone may be changing.

Those around Colts owner Jim Irsay say he has been “very unhappy” with team’s performance for weeks now; coaches there fear change coming.

Not only could head coach Chuch Pagano be heading out the door, general manager Ryan Grigson isn’t safe either.