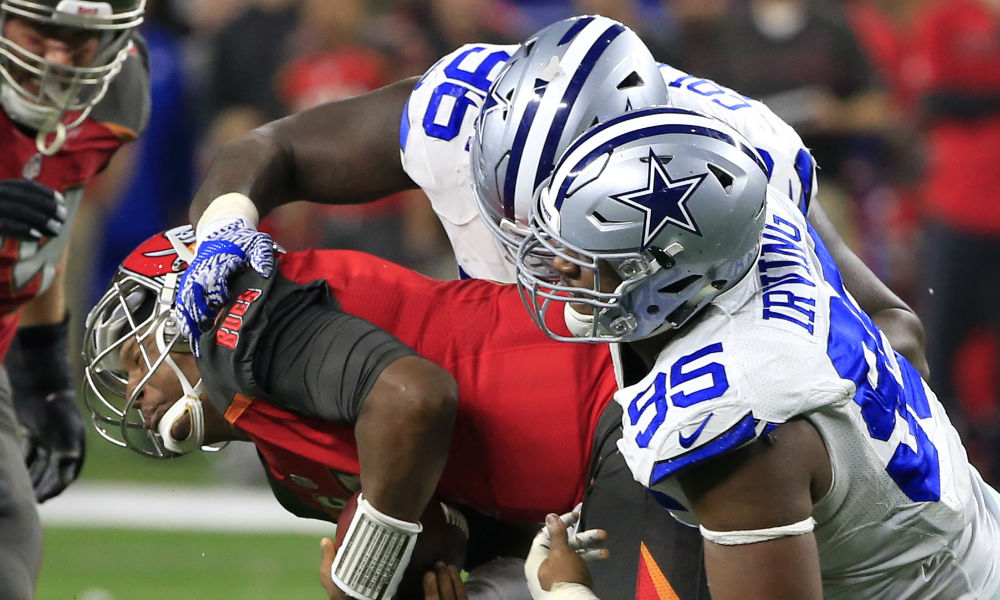 As the playoffs near, the Dallas Cowboys are the clear favorite to come out of the NFC. However, their lone two losses of the season came against the New York Giants. With a potential third meeting on the horizon, defensive end David Irving wants it to happen.

“I think we need it,” Irving said. “I’m looking forward to it, we all are. Whether we lose or not that’s our greatest competition this year so far. I would love to get another crack at them. Eliminate the mistakes. I would like to play a game where we’re technically sound and where if they beat us, they beat us. You know, we’re not gonna help them beat us. I don’t want to beat ourselves. They’re a great team. They got a great offense, great defense. I mean they can play; you’ve got to give them their respect. But I’d love to see them again. Third time’s a charm, right?”