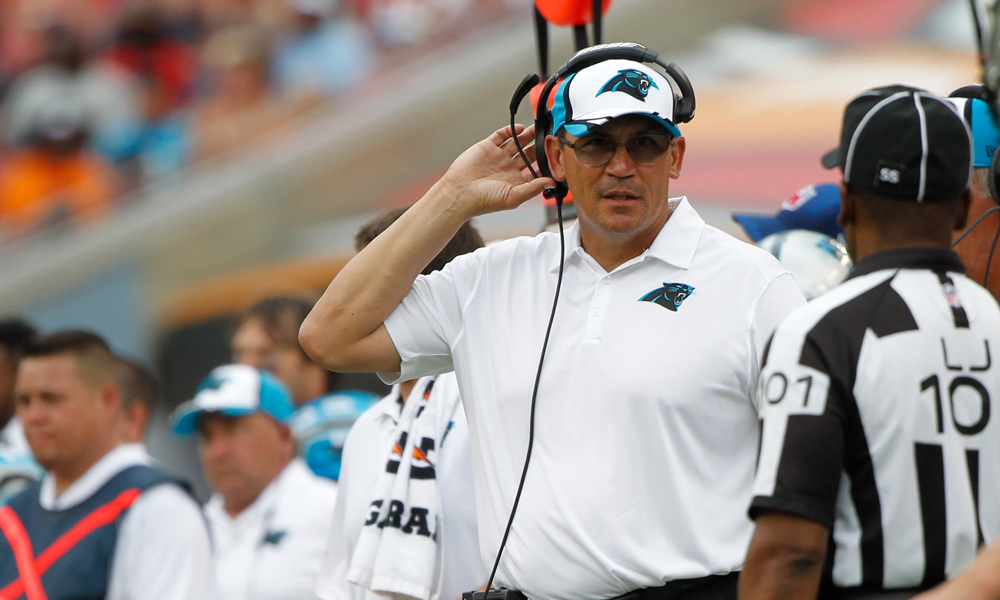 What a difference a year makes.

This time last year, the Carolina Panthers had home-field advantage wrapped up in the NFC, which propelled them to the Super Bowl. As we fast-forward to this year, the Panthers find themselves on the outside looking in.

Amidst speculation, head coach Ron Rivera doesn’t believe there should be any changes to the coaching staff.

Considering the massive regression of quarterback Cam Newton, many are wondering if offensive coordinator Mike Shula and quarterbacks coach Ken Dorsey should return.