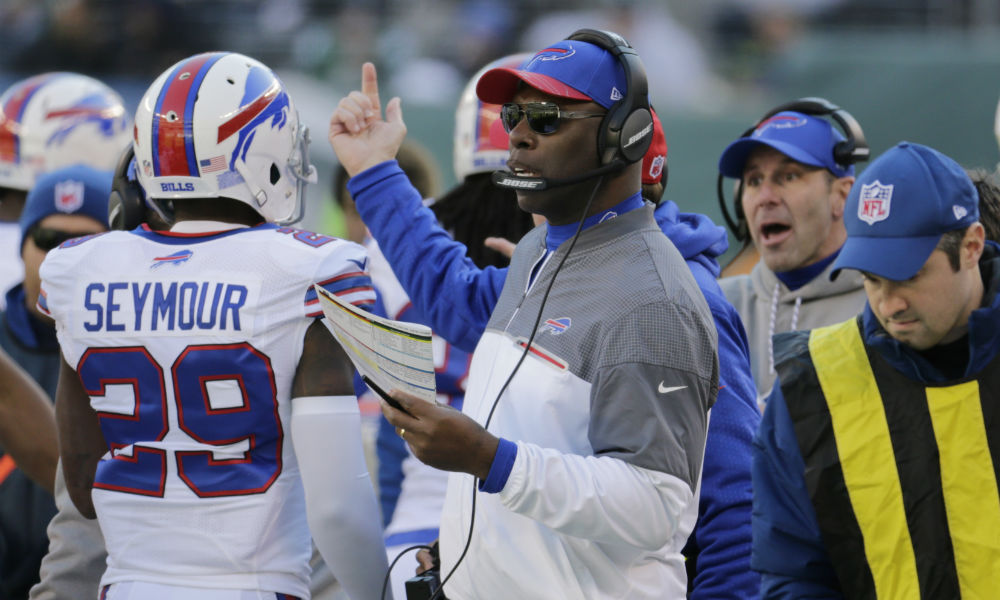 You know it’s a crazy time when the hiring of a new coach is the secondary story. Early Thursday morning, the Chargers announced their move to Los Angeles. As San Diego natives expressed their displeasure throughout the course of the day, the front office was seeking a new head coach.

The #Chargers are finalizing a deal with Anthony Lynn, source said.

When the Buffalo Bills fired Rex Ryan before Week 17, Anthony Lynn took over as the interim head coach. This is an interesting hire considering Lynn has zero head coaching experience at any level, but one thing he’s been great at is developing stellar rushing attacks.

If Lynn is able to bring that to Los Angeles, it would take tons of pressure off Philip Rivers moving forward.