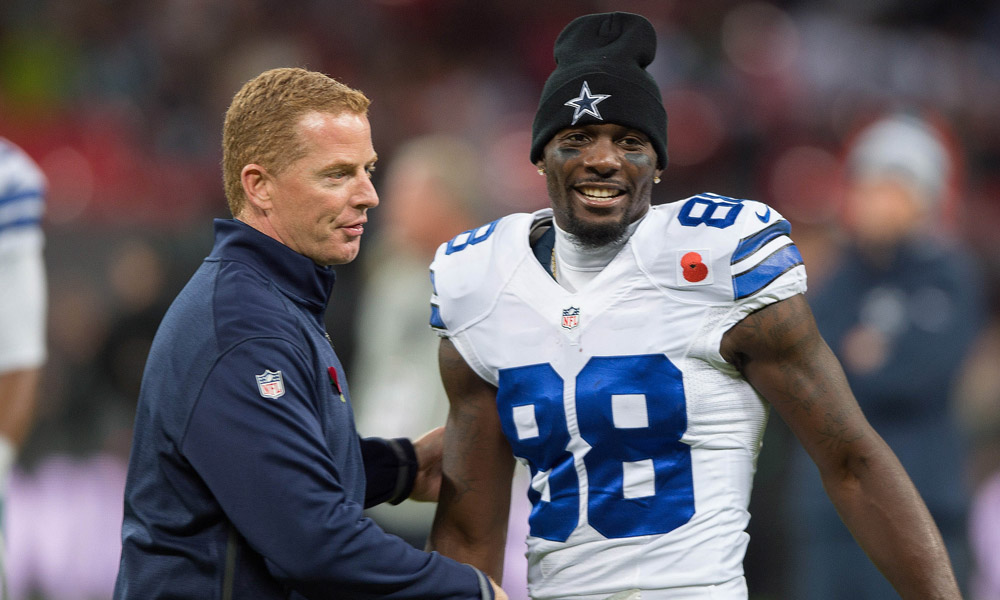 With a full slate of intriguing matchups, none screams must-see TV more than Cowboys-Packers. First of all, you have ‘America’s team’, who looks poised to win their first Super Bowl championship in 21 years and then you have some guy named Aaron Rodgers who’s lighting up the football world.

Also, you have the mystique of Dez Bryant’s controversial play against Green Bay in the playoffs two years ago. The potential touchdown was ruled incomplete, but many believe it was and should’ve been ruled a catch.

With Sunday’s matchup looming, Bryant was asked about that play.

While Bryant doesn’t want to talk about it anymore, the all-pro receiver can’t run away from it.

When Sunday comes, Cowboys fans are hopeful Bryant is able to shake those 2014 demons loose en route to a berth in the NFC Championship Game.