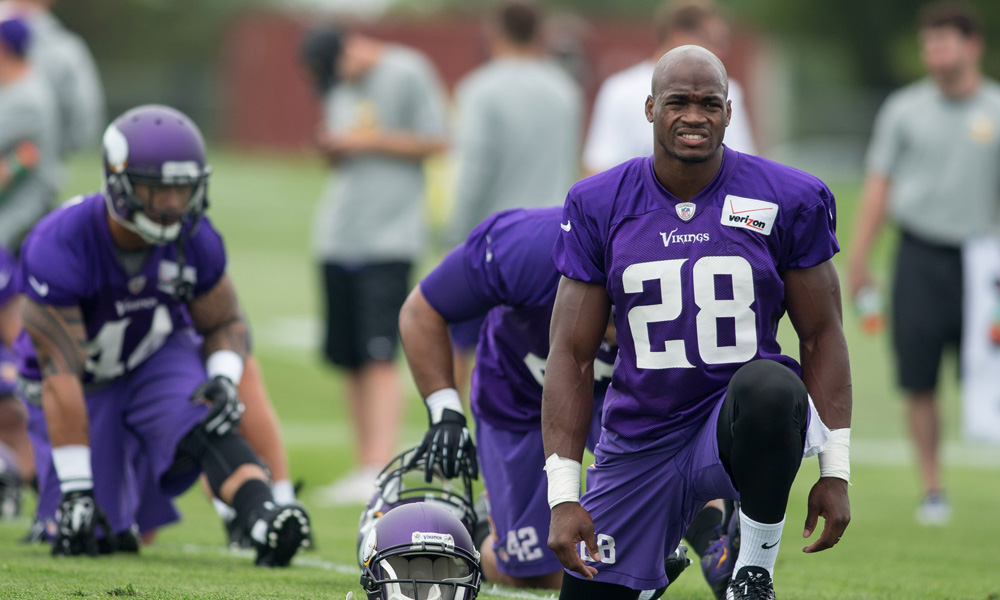 The rich may be getting richer.

Grant it, the 31-year-old Adrian Peterson only participated in three games this past season. However, the reigning Super Bowl champion New England Patriots have a way of resurrecting careers.

Remember when everyone thought Randy Moss was done after his Raiders stint?

Well, as soon as he teamed up with Tom Brady, the duo went on to break single-season records. So, just maybe New England would be an ideal fit for the aging back.

According to a source, Peterson is seriously considering taking a pay cut in order to compete for a Super Bowl title.

Looking For Some New Voices!