Connect with us
Home » news » what well be saying on monday 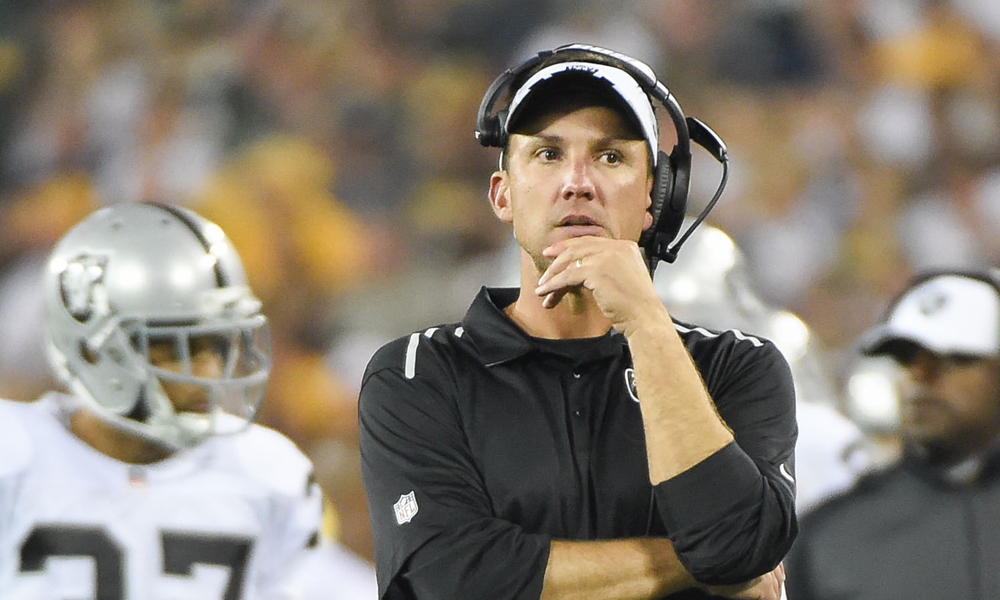 In this edition of “What We’ll Be Saying on Monday,” we advance Monday’s headlines to today as we take a quick peek into the future.

If the Oakland Raiders lose on Sunday and fall to 0-4, there will be a press conference this week as head coach Dennis Allen will lose his job. There have been whispers about Allen’s job security and an 0-4 start, despite starting a rookie quarterback, will be enough reason for Allen to fall on the sword.

The Notre Dame signal caller has been spectacular so far this year. Although there seems to be some Notre Dame fatigue, you can’t deny the difficult schedule they play and more importantly how good their quarterback is. Everett Golson has improved his passing and he’s a naturally gifted runner at the quarterback position. Notre Dame plays a mediocre Syracuse team in prime time and Golson will have a great opportunity to get back into the national spotlight.

Much of the NFL media has been talking about former Panthers and current Ravens wide receiver Steve Smith playing against his old team. Smith and the Panthers had a bitter parting of ways as Smith holds every Carolina receiving record and he really was a face of that franchise. This weekend, Smith’s Ravens take on the Panthers and all signs point to Smith having a big game for his new team.

“We know who he is,” Panthers head coach Ron Rivera said Friday. “He’s a tremendous player. He’s got a chance to be the first Carolina Panthers [player] in the Hall of Fame. So let’s understand and move forward.

Before we get too caught up in Smith taking on his former teammates, Ryan Fitzpatrick will do the same as the Buffalo Bills travel to Houston to take on Fitz and the Texans. Fitzpatrick started for four seasons in Buffalo and played well enough to earn a big contract extension. After his extension, Fitzpatrick hurt his ribs and never picked up at the same level he was prior to the injury, forcing the Bills to release him after the 2012 season.

“It just did happen, didn’t work out, Fitzpatrick said. “So I moved on. I would have loved to stay in Buffalo and all that. Things happen. Things happen for a reason. There’s definitely no hard feelings with the way that it went down. I think the little added extra whatever it is is more so because of the guys I’m playing against, and just having so many good buddies.”

Both Steve Smith’s Ravens and Ryan Fitzpatrick’s Texans will find a way to get wins on Sunday.