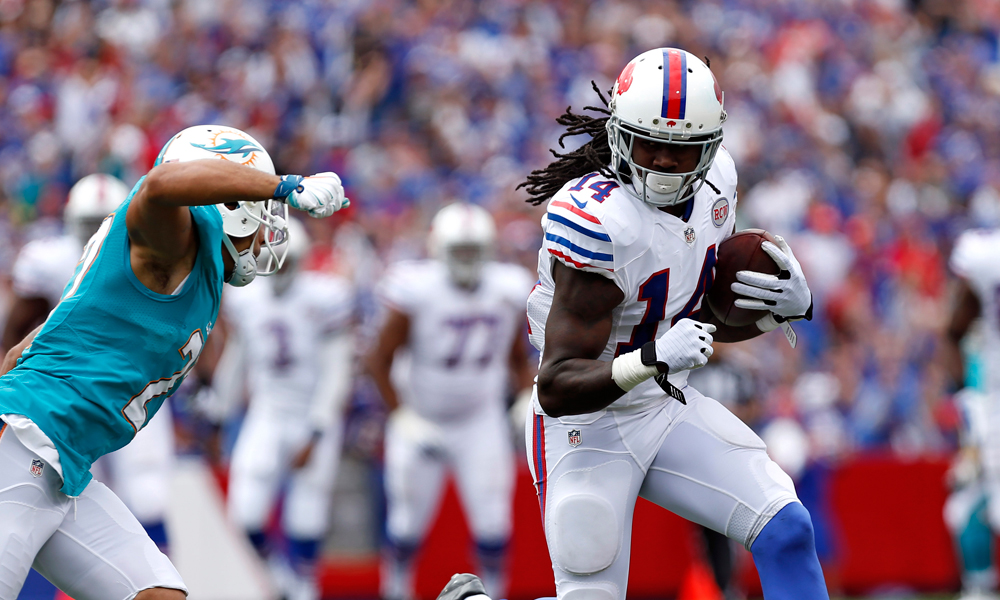 Sammy Watkins is turning into the playmaker that many thought he would be, as he had three catches for 157 yards with a touchdown in Buffalo’s blowout victory over the Jets. Watkins leads all rookies with 590 yards receiving and five touchdowns.

Kelvin Benjamin continues to be the Panthers’ No. 1 receiver and he played like it again on Sunday as he caught four passes for 94 yards in the Panthers’ 13-9 loss to Seattle.

Robinson wasn’t even the first receiver the Jaguars selected in the 2014 NFL Draft but he’s turned into Blake Bortles’ number one target. Robinson has touchdowns in consecutive weeks and leads his team in receiving yards.

Although Donald’s team lost, he’s been one of the most dominant players at his position in the entire NFL. If the league were to re-draft, Donald would certainly be a Top 10 pick.

Fuller and the Bears had a tough go of it against Tom Brady but he’s still an elite defender at his position. Fuller leads all rookies with nine passes defensed and three interceptions.

Barr made the best play of his career as he scooped and scored to lead the Vikings to an overtime victory over Tampa Bay. The rookie from UCLA leads all rookies with three sacks.