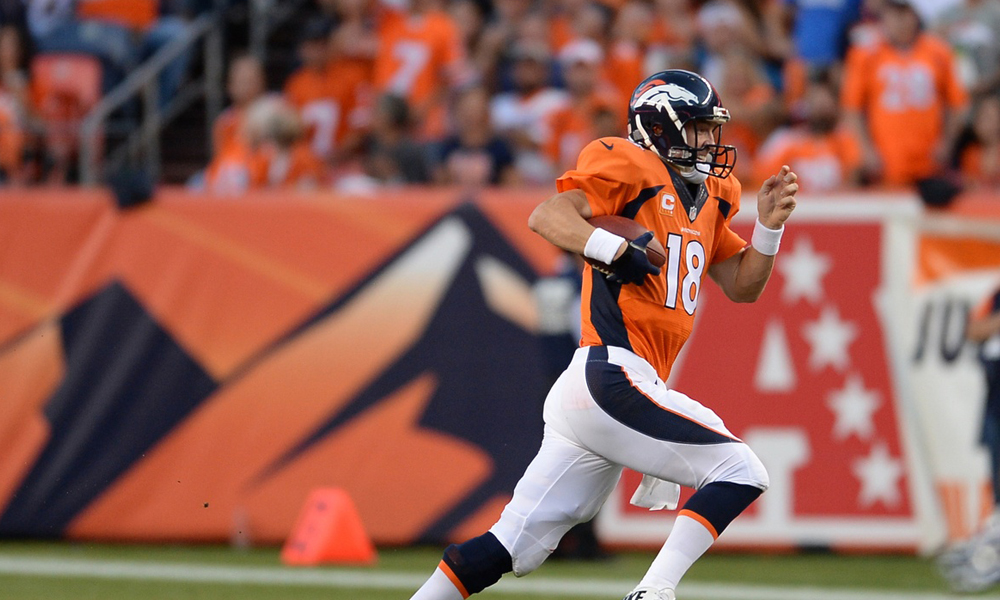 DeMarco Murray extended his NFL record streak by running for 141 yards on just 19 carries in the Cowboys’ overtime loss to the Redskins. The 100-yard performance was his eighth to start the season. Murray is on pace to run to gain over 2,100 yards this season and his play behind that very good Cowboys offensive line is why the team is tied for first place.

Peyton Manning is so great that he’s set expectations to nearly perfection as a quarterback. He has great weapons and he makes them and the offensive line better. Manning’s Broncos look unbeatable right now.

Rodgers had his worst game since the season opener but he still threw for over 400 yards and was excellent. He makes throws that nobody else in the universe can make and the Packers would be picking in the Top 5 if he wasn’t there.

After a rocky start to the season, Brady is getting on the same page as his receivers and he’s played at a very high level since the Pats’ embarrassing loss to the Kansas City Chiefs. This week, Brady takes on Peyton Manning in a game that is certainly must-see TV.

Rivers has suffered two straight losses but he can’t play defense too. The 11-year vet has been excellent this season and nearly matched Peyton Manning throw for throw last week with a fraction of the weapons.