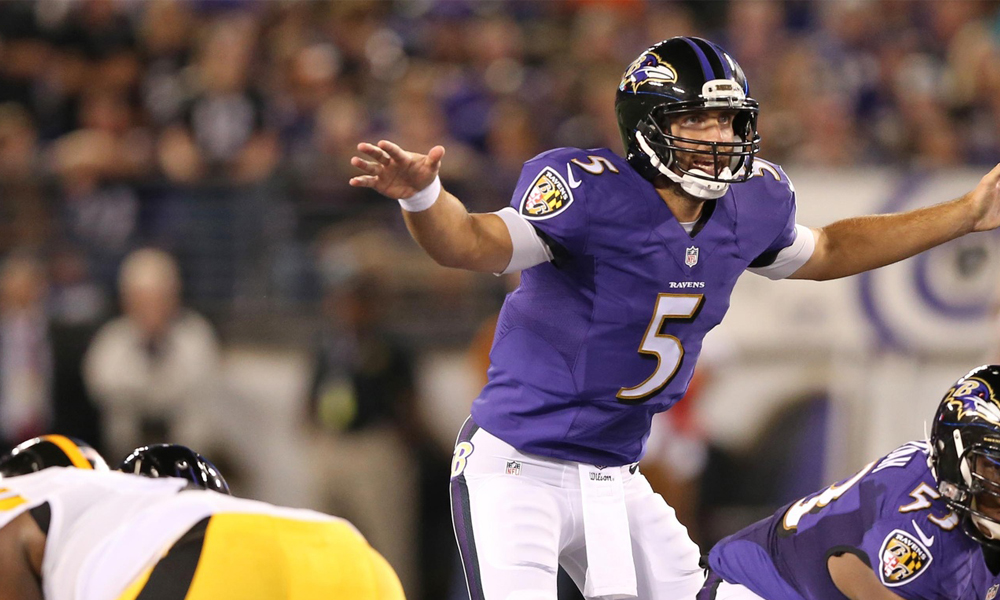 We look into our trusty crystal ball and share our thoughts on what will happen in this weekend’s NFL games. We predict a couple upsets and no ties.

The Atlanta Falcons have been in a bit of a tailspin as they’re yet to win away from the Georgia Dome and have dropped three straight overall. Baltimore appears to be the better team but Atlanta will keep it very close. Ravens 23, Falcons 20.

The Titans are a mess and so are the Redskins. Kirk Cousins has been terrible after his fast start, and that’s to be expected with young, backup quarterbacks once the league has tape on them. Tennessee was thoroughly outplayed by Jacksonville and was lucky to get a win. Different result this week. Redskins 27, Titans 17.

The Seahawks are without three key starters on defense and they’re dealing with the aftermath of trading Percy Harvin. Austin Davis has been surprisingly decent for the Rams and it feels like they could be close to finally securing a big win. Not this week. Seahawks 17, Rams 13.

The Browns are expected to go into Jacksonville and dominate the football game. I don’t trust Cleveland in that situation. The Jaguars are bad, but they’ve also been unlucky. Changes in the winds of luck causes Jacksonville to finally get on the right side of a result. Jaguars 20, Browns 17.

This is one of the most intriguing matchups of the day as it feels like somewhat of a measuring stick game for both teams. We know each of the teams is good, but how good? The Colts have the better quarterback and the Bengals seemingly have the better “everything else.” I’ll take the quarterback. Colts 31, Bengals 27.

The Bills had a big game last week and were slapped around pretty good by the neighborhood bullies, the New England Patriots. The Vikings were throttled by the Lions and Teddy Bridgewater looked horrible. This looks like a shootout. Bills 31, Vikings 28.

This feels like a bit of a trap game for the Chicago Bears. They went on the road and had a nice win against Atlanta while Miami not only lost at home to Green Bay, but also lost running back Knowshon Moreno for the season. Chicago should win easily but this is a week to week league. Dolphins 24, Bears 23.

We’re still waiting for the Saints to look like the Saints. The Detroit Lions defense has been the story as they are the top-ranked defense in football. New Orleans has had an extra week of preparation, they’re playing in a dome and they have the better coach and quarterback. Saints 27, Lions 20

The Chiefs have had an extra week to prepare for a San Diego team that nearly lost to the winless Oakland Raiders. The Chiefs will hang around in this one. Chargers 24, Chiefs 21.

Derek Carr had a great game for the Raiders last week in their close loss to San Diego. The Cardinals keep winning and they have Carson Palmer back. It’s closer than you think, but Arizona finds a way to win. Cards 20, Raiders 16.

Dallas is playing the best football in the NFL right now and feeling great about themselves. The Giants couldn’t have looked much worse in their 27-0 loss to Philadelphia. This has all the makings of a blowout….until you realize it’s the NFL. Cowboys 31, Giants 27.

Manning needs two touchdowns to tie and three to break the all-time record and he’s going to have a chance to do it against the San Francisco 49ers on Sunday night. The 49ers aren’t as good as they were last season, but the offense is getting better and better. Look for Peyton Manning to break the record but lose the game, as Colin Kaepernick will be the better quarterback on this day. 49ers 38, Broncos 34.

This has all the makings of a terrible Monday night football game. A pair of .500 teams that aren’t playing as well as their record would indicate. The Steelers have a better roster and a more experienced coach. Steelers 24, Texans 14

Breaking Down the Unpredictable NFC North