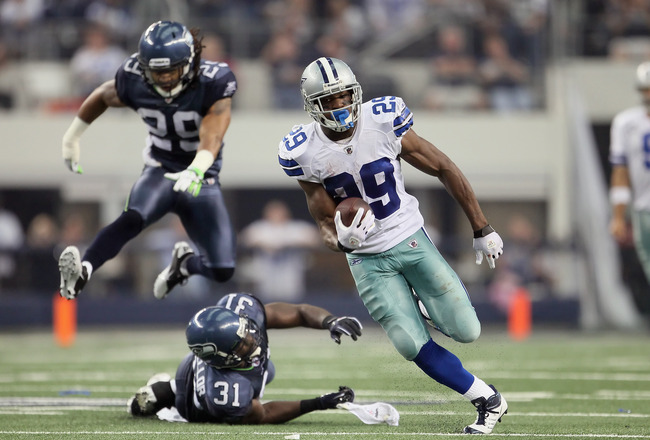 Rivers led the Chargers to a come-from-behind victory against the winless Raiders. In a division race with Denver, winning a game when you’re down a couple scores could prove to be huge.

DeMarco Murray notched his sixth consecutive 100-yard rushing game as he had the winning score in the Cowboys’ upset victory at Seattle. As Dez Bryant put it, Murray has been a “beast” this season and he’s on a pace to break all sorts of records.

Peyton Manning will be very much on the radar in the coming week as he is just three touchdown passes away from breaking Brett Favre’s all-time record. Manning will try to set that record on national television against the 49ers.

Another week, another great game by Andrew Luck. He may not be the best player at his position but he’s close, and he’s the most important player to his team.

Rodgers has stepped up his game in the last three weeks and he’s playing at an MVP level. Since telling the Green Bay fans to “R-E-L-A-X,” Rodgers has thrown for 10 touchdowns and no picks.