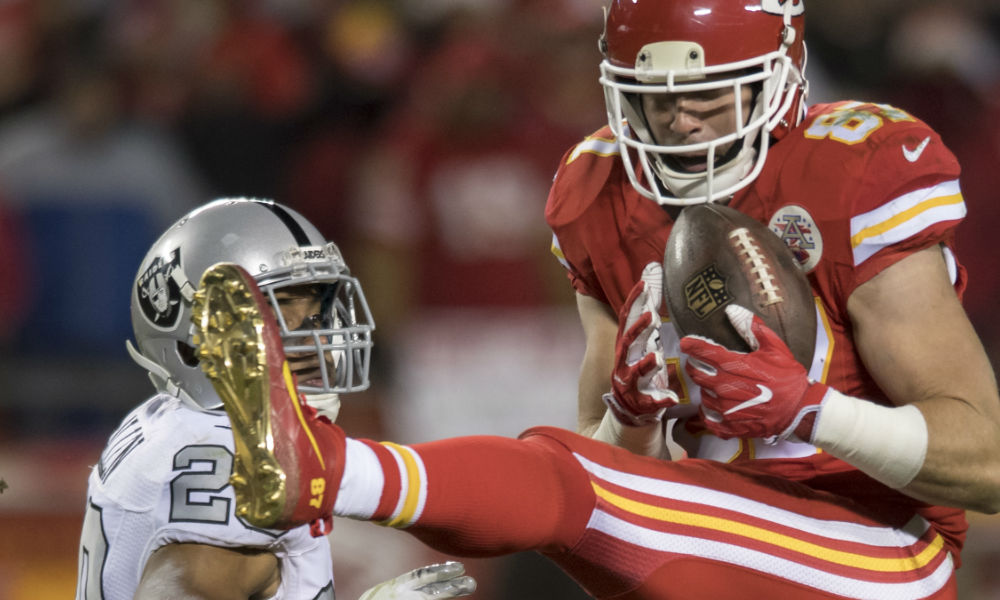 Kansas City Chiefs tight end Travis Kelce is one of the best up and coming players at his position. With his combination of size and athleticism, he’s even drawn comparisons to Rob Gronkowski.

However, last night’s divisional game against the Pittsburgh Steelers wasn’t one of his better performances. Kelce hauled in five catches for 77 yards, but his impact wasn’t felt, as he dropped a crucial pass in the third quarter that would’ve placed the Chiefs within the 15-yard line and then he was flagged for an unsportsmanlike penalty on that same drive for pushing Ross Cockrell after a play.

Despite those blunders, Chiefs fans thought they tied the game after Alex Smith’s two-point conversion throw to Demetrius Harris in the back of the end zone, but Eric Fisher was flagged for holding.

Kelce voiced his displeasure after the game.

Travis Kelce on Eric Fisher's hold: "That was horseshit." Said ref who called it "shouldn't even be able to work at Foot Locker."

While it’s understandable as to why Kelce was frustrated, there’s no question holding was the correct call there.

Mike Tomlin Fired Up After Win In Kansas City