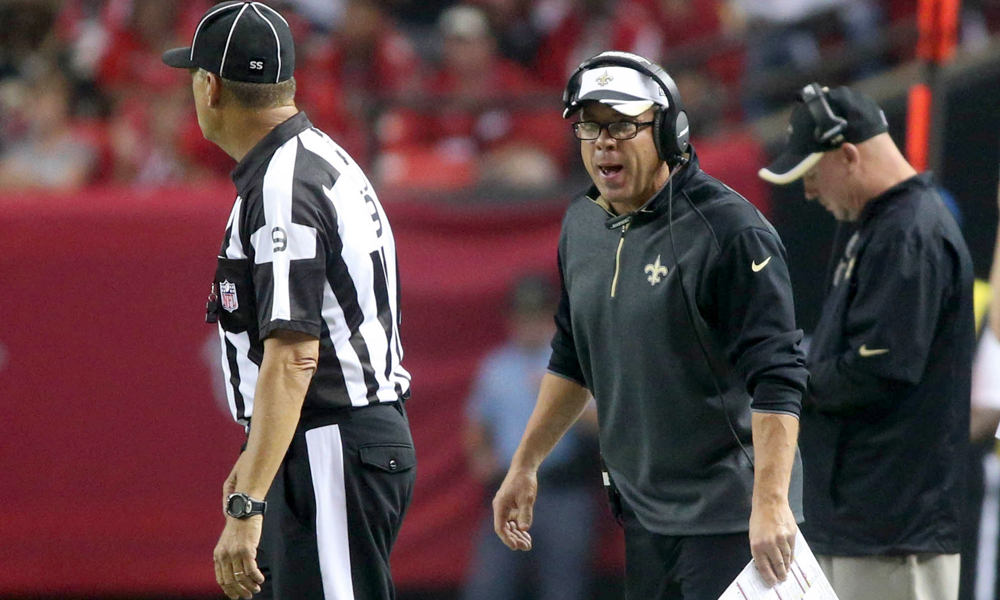 One of the things that makes the NFL as successful as it is, is parity. Because of parity, each year we’re left with a couple of head scratching surprises from teams who end up being a far cry from what we thought they’d look like. Let’s take a look at some of the teams who just aren’t who we thought they were.

The 2013 New Orleans Saints finished the season at 11-5 and fell just short of the eventual Super Bowl champion Seattle Seahawks, 23-15, in the second round of the playoffs. In the offseason, the Saints traded running back Darren Sproles to the Philadelphia Eagles and the team also let go of long-time receiver Lance Moore. There were some minor losses defensively, but the addition of Pro-Bowl safety Jairus Byrd had many optimistic that he would pair with second-year safety Kenny Vaccaro to form one of the most feared safety combos in the game.

Instead, the Saints’ defense has been torched, giving up over 270 passing yards and 120 rushing yards on average. The Saints are scoring points and moving the football like they always do, but this year Drew Brees and the offense haven’t been able to do enough to consistently win. Some thought the Saints were legitimate Super Bowl contenders in 2014, but at this rate Sean Payton would be thrilled to make the playoffs.

“Look, it clearly for us is a message that we are going to have to improve in a number of areas for us to accomplish some of the goals that we set out (to accomplish),” Saints head coach Sean Payton said about his team. “That was one of the topics this morning just with regards to accountability, ownership, all of us looking at the tape closely and looking at the specifics in regards to assignment technique, and then us as coaches looking at are we asking the players to do things we feel like they can do well?”

“I think the first item we discussed at the team meeting of our season is, I don’t want to use the cliché of a journey, but it is a long season,” Payton added. “We are 25 percent through, we are four games through, and obviously if we continue to play the way we are playing than the results will be back and forth and we will be sitting here with a 7-9 or 8-8 record.”

Payton knows .500 isn’t going to get it done in the NFC either. At this point, it seems the best hope for the Saints is within their own division where every team has stumbled out of the gate.

While some were picking New Orleans to go to or even win the Super Bowl, there were others who had the New England Patriots representing the AFC in Arizona next February. The addition of Darrelle Revis, the return of Rob Gronkowski and the assumption that Tom Brady would continue to build chemistry with receivers like Danny Amendola and Kenbrell Thompkins led many to believe the Patriots were the class of the conference.

The Patriots are locked in a three-way tie with the Miami Dolphins and Buffalo Bills atop the AFC East, but they barely looked like the class of the division on Monday night against the Kansas City Chiefs. If the Patriots were going to struggle, the assumption would immediately be that it would be the defense letting them down. Instead, it’s Tom Brady and the Patriots’ offense that’s struggling to move the football and score.

While there’s a lot of talk about the quarterback position, Brady, like many before him, is a victim of the players around him. While Brady won’t throw teammates under the bus, he knows the Patriots need to improve all over the field.

“You know, I think we’re all trying to do a better job.  I think it’s not necessarily one position, it’s all positions,” Brady said.  “A lot of guys have been rotating trying to find combinations that work at every position.  But ultimately the guys who make the most plays and are the most consistent are going to be out there.”

While the casual fan may have looked at what the Chiefs accomplished a season ago and expected a repeat performance, Chiefs fans knew their team could be in for a season of turmoil. Both Chiefs lines were hit by the free agency bug this offseason as the team saw several key players head to other teams.

The combination of these things could have spelled disaster for the Chiefs, but they’ve fought through it and played some decent football. After an ugly 26-10 Week 1 loss to the Tennessee Titans, they’ve bounced back remarkably. The Chiefs played the Denver Broncos very close in Denver, and they’ve outscored the Miami Dolphins and the Patriots 75-29 the last two weeks.

Like the Dallas Cowboys in the NFC, the Chiefs are learning they can win with a dominant run game. They’ve hit the ground running this season, even with Jamaal Charles being banged up early on.

“I think anytime you’re running the ball like that, you dictate a little bit of what they’re doing,” Chiefs head coach Andy Reid said after Monday night’s victory over the Patriots. “You saw so many times you had one on one outside. It was because we were running the ball so well and we’re forcing them to bring an extra hat down to the box and you get those one on one matchups. You’re getting Jamaal matched up, Dwayne (Bowe), Donnie (Avery), (Travis) Kelce, all those guys.”

The New York Giants had one of, if not the worst offensive line in football in 2013. For quite awhile, it looked as if that would be true yet again this season. During the preseason and through the Giants’ 35-14 loss to the Detroit Lions on the opening Monday night of the season, the Giants’ offense looked lost.

Eli Manning and the receivers weren’t on the same page. The offensive line wasn’t opening up any holes for the Rashad Jennings, and it seemed the new Giants offense was just the old Giants offense with new terminology. It didn’t look like it was going to get any better. But then, it did.

The Giants’ offense started to take shape against the Arizona Cardinals, but mistakes cost them points, and ultimately the game. The Giants and their fans finally started to see new offensive coordinator Bob McAdoo’s vision. The next couple weeks, the Giants’ offense continued to improve, culminating in a 45-point outburst against the Washington Redskins when Manning played mistake free football.

“Controlling the ball, making first downs, the precision, I think is there for the most part; our execution is much better,” Tom Coughlin said about his offense’s performance.  “Guys are making plays for us, you know, there doesn’t seem to be the misfires in the middle of drives that we were having, so we’ve been able to do something about that. I think our protection has been for the most part good. I mean you’re talking about two outstanding pass rushers on the outside of this team. So I thought we did a pretty good job of that tonight. Our execution with the no-huddle has been really good. It’s been good to us.”

Victor Cruz was frustrated with his lack of targets in Week 1 and cost the Giants with drops in Week 2, but after the last two weeks and getting back into the end zone, he’s feeling a lot better about the Giants’ direction.

“I think we are just clicking. We understand what’s being asked of us in this offense,” Cruz said. “We just have to catch the ball when it’s thrown to us and be in the right place in the right time when [quarterback] Eli [Manning] is looking for us. I think that’s where we thrive. That’s when we are doing things right, when Eli’s upright and able to deliver the ball to us.”

The Detroit Lions are good. Like, really good. You’re probably thinking, “But I thought the Lions might be good this year.” Of course you did. We all did. We all have, for years, and that’s been the problem. Year in and year out we’ve talked about how the Lions are too talented to fall flat on their faces again, but every year, they fall. However, this year there’s something very different about the Lions. They’re playing defense. Like, stellar defense.

The question with Jim Caldwell seemed to be if he was going to be able to get the Lions to stop making so many mistakes. This team ultimately shot themselves in the foot every year, and the discipline many expected Caldwell to bring should only clean that up. To this point, it has.

What nobody expected was for Caldwell to come in and turn around the Lions’ defense the way it has. There were analysts in absolute shock that the Lions didn’t address cornerback aggressively early in the draft. The assumption for many was that the Lions would once again be mediocre, at best defensively. The hope for Lions fans was that the defense could just do enough for their offense to carry them to the playoffs.

Instead this season has started with the defense, and this Lions defense starts up front. Caldwell knows just how important his horses up front are to this defense, especially Ndamukong Suh.

“I think without a doubt he’s a very talented guy. You could see when we played against him and it certainly does indeed present itself in every game for our opponent,” Caldwell said about his defensive tackle.  “He does a tremendous job. He’s a guy that you have to pay attention to. He certainly warrants double teams in almost every facet, which opens up the opportunity for some other guys to make plays, whether it’s pass rush or maybe it’s in the run game where they can’t afford to single block him necessarily. So, he gets a lot of attention and I think I mentioned last week that if it were hockey, he’d lead the League in assists. He’s certainly a very important guy for us.”

We’re only a quarter of the way into the NFL season, and some of these teams could flip the script on us again, but through four weeks of action, these are the teams that certainly are not who we thought they were!

NFL AM: Suh Playing Out The String With Detroit