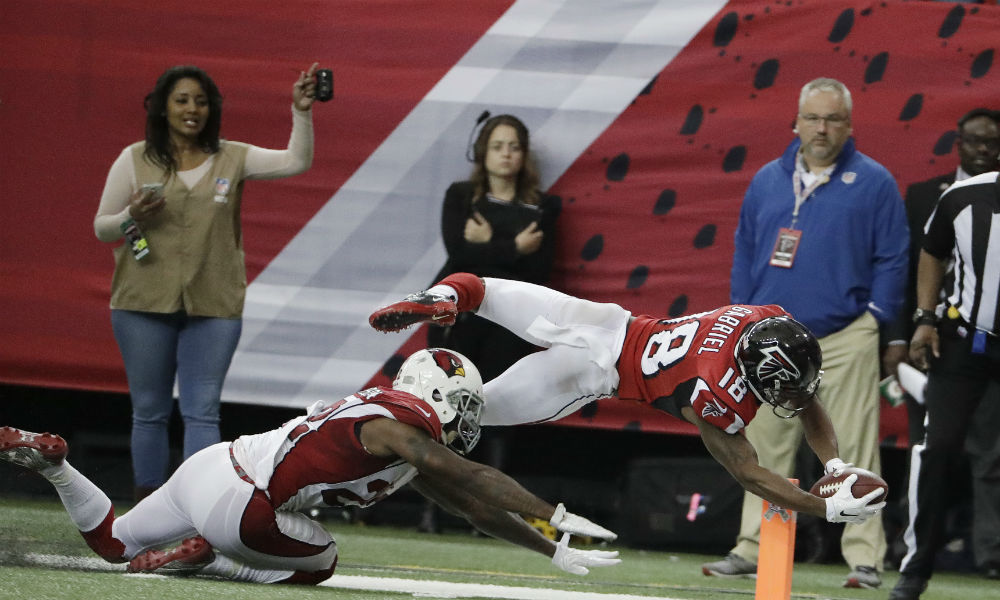 It hasn’t even been two weeks since the Atlanta Falcons blew the biggest lead in Super Bowl history against the New England Patriots, but the show must go on. As the Falcons prepare for the offseason, they have a couple important players to lock up.

Although defensive back Desmond Trufant won’t become a free agent until next year, signing him to a contract extension is Falcons general manager Thomas Dimitroff top priority.

However, keeping wide receiver Taylor Gabriel isn’t far back on the short list.

“It’s going to be positive for him,” Dimitroff said of Gabriel. “Yes, we want him back as well.”

The feeling is mutual.

Gabriel finished the season with 35 catches for 579 yards to go along with six touchdowns while just starting in three games.