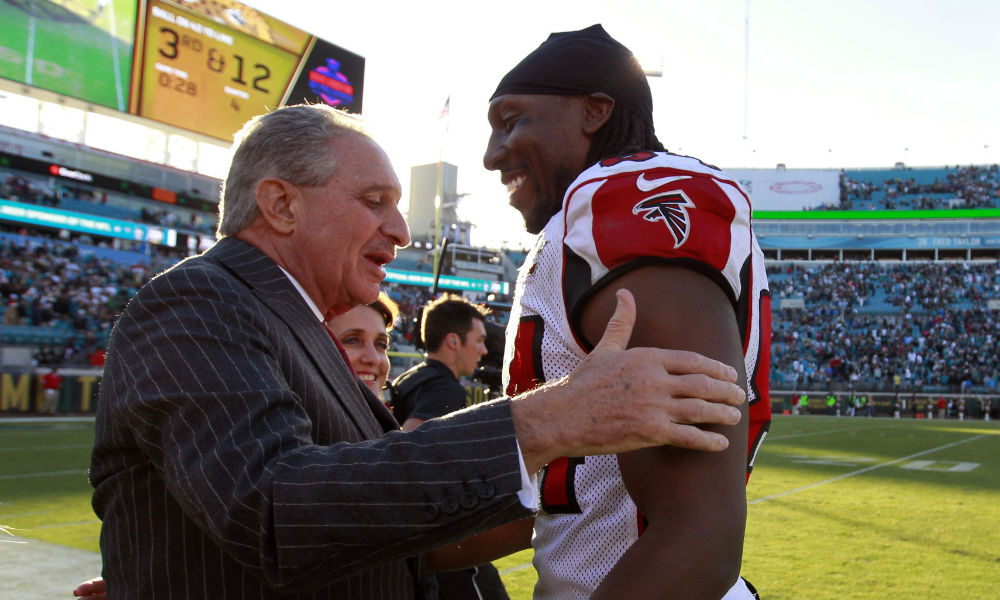 After witnessing a major decline in production during the 2015 season, the Atlanta Falcons elected to release wide receiver Roddy White last offseason. White only hauled in 43 catches to go along with a lone touchdown.

Despite not being able to create separation, White blamed his dip on Kyle Shanahan for not getting him involved more. Now, with the former Falcons offensive coordinator in San Francisco as the new 49ers head coach, White is blaming Shanahan again.

This time White is going after Shanahan for his questionable play calling late in Super Bowl LI. Following Julio Jones’ amazing catch near the sideline, Shanahan elected to call three straight passing plays, which resulted in a big sack, plus a holding call, which put Atlanta out of field goal range.

“I’m glad I wasn’t a part of that team because I probably literally would’ve fought him,” White said.

No matter if Atlanta goes on to win a Super Bowl title in the future, their fans will always question Shanahan’s play calling in Super Bowl LI.

Titans Expected To Keep Mariota Out Until Training Camp