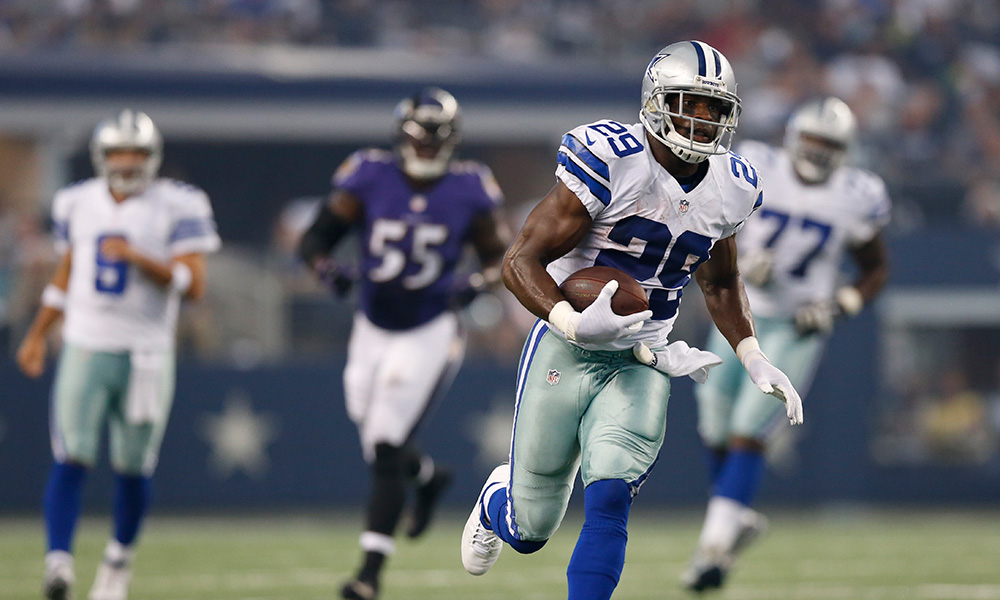 – Is the week last season it took Emmanuel Sanders to catch 25 passes. After three weeks, the former Pittsburgh Steelers receiver is leading the Denver Broncos in catches in 2014.

– Is the amount of straight games Eli Manning threw at least one interception, until the Giants’ win over the Houston Texans 30-17. Against Houston, Manning effectively completed 21 of his 28 attempts for 234 yards passing and two touchdowns. During Manning’s dismal seven-game streak, he tossed 14 interceptions and the Giants were 3-4 overall. On Thursday night, he threw a pick, but also passed for four touchdowns (and rushed for one more).

– Is also the number of consecutive games Dallas Cowboys tight end Jason Witten has gone without catching a touchdown pass.

– The number of teams that remain unbeaten after three weeks (the Arizona Cardinals, Cincinnati Bengals and Philadelphia Eagles).

– Are the amount of wins combined by the Oakland Raiders, Tampa Bay Buccaneers and Jacksonville Jaguars.

– Teams scored 23 points or more in Week 3. Those 23 points are the combined total between both the New England Patriots (16) and Green Bay Packers (7). They’re considered two of the best offenses in the NFL, but they struggled last week.

– The amount of touchdowns scored by the Atlanta Falcons after three weeks of football, which leads the NFL.

NFL AM: Jobs On the Line in London