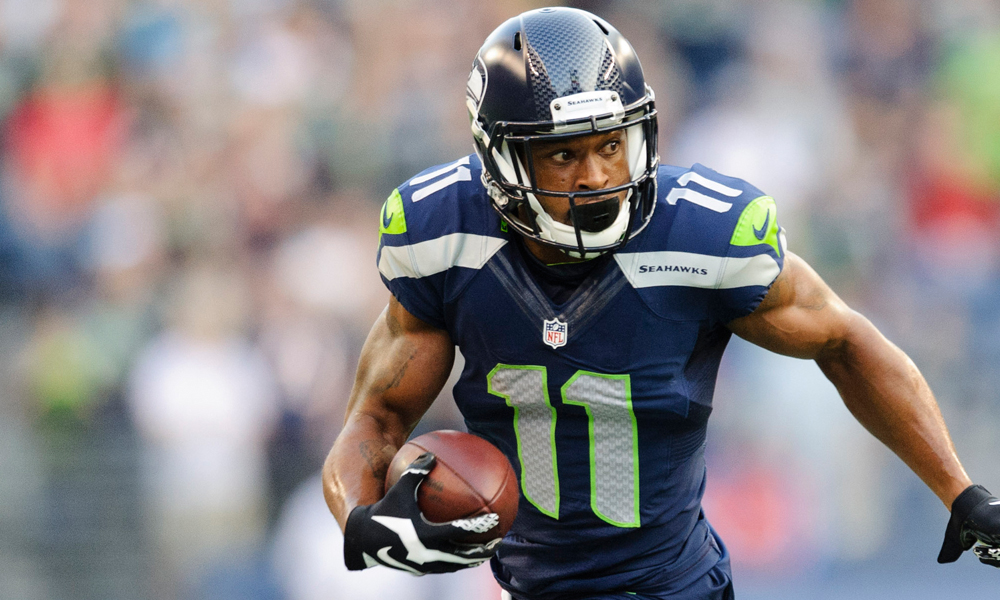 In this edition of NFL AM, we discuss the trade compensation for Percy Harvin and what it means for the New York Jets, and we also examine the official NFL injury report.

It appears that the Seattle Seahawks will receive anywhere from a second-round pick to a fourth-round pick from the New York Jets for wide receiver Percy Harvin.

It’s a conditional draft pick that’s likely based upon playing time, stats or possibly even if Harvin is still a New York Jet by the time the 2015 Draft rolls around.

To part ways with Harvin after the season would basically mean throwing away a low to middle-round draft pick, something that won’t look very good on the young GM’s resume.

The rumors coming out of Seattle say that Harvin was very difficult to deal with and that’s consistent with what was said going back all the way to high school. It could be a partial explanation for why a player as talented as Harvin has been let go by two teams in the prime of his career. Harvin has reportedly fought with teammates on every team he’s played on.

From the Jets’ perspective, Harvin gives second-year quarterback Geno Smith another weapon as they try to figure out if he can be the man to lead the franchise going forward.

The final injury reports are out and there are some key players in both fantasy and reality football that won’t be active on Sunday.

Falcons wide receiver Harry Douglas will be out against the Ravens so expect to see some more action for Devin Hester.

In the same game, the Ravens listed offensive tackle and guard Eugene Monroe and Kelechi Osemele as doubtful. They will also be without veteran defensive end Chris Canty.

Vikings quarterback Teddy Bridgewater will once again be without tight end Kyle Rudolph in Sunday’s game with the Buffalo Bills as he’s listed as out.

The Bills will be without speedster Marquise Goodwin as well as wide receiver Marcus Easley.

The Bears will be without linebacker Lance Briggs and safety Chris Conte when they host the Dolphins.

Saints tight end Jimmy Graham and cornerback Patrick Robinson will both be game-time decisions against Detroit, as they’re listed as questionable.

The Panthers’ injury report encompasses much of their 53-man roster as running backs Fozzy Whittaker and DeAngelo Williams are both listed as doubtful, as is linebacker Chase Blackburn and guard Aminiasi Silatolu. Stud rookie receiver Kelvin Benjamin was listed as questionable as he is in concussion protocol from a hit he took last week against Cincinnati.

The Packers will be without defensive end Datone Jones and safety Sam Shields for their matchup against the Panthers. Wide receiver Jarrett Boykin and cornerback Tramon Williams are listed as questionable.

The Seahawks will be without cornerback Byron Maxwell, linebacker Bobby Wagner, center Max Unger and tight end Zach Miller for their game against the Rams.

Running back Shonn Greene and cornerback Coty Sensabaugh are listed as doubtful for the Titans for their game against the Redskins.

Redskins fans will have to wait at least one more week for the return of quarterback Robert Griffin, as he’s listed as out. Others who will miss their game with the Titans are cornerback Tracy Porter and linebacker Akeem Jordan. The ‘Skins secondary could be in major disarray as safety Ryan Clark and cornerback David Amerson are questionable.

The Chargers will likely give the bulk of their carries to Branden Oliver again, as Ryan Mathews and Donald Brown are out for their game against the Chiefs, who are missing safety Eric Berry.

The Cardinals will once again be without defensive end Calais Campbell for their game against the Raiders, who suffered a knee injury a couple weeks ago on a cheap shot from Broncos tight end Julius Thomas. Oakland will be without wide receiver Vincent Brown.

The 49ers will be without guard Mike Iupati and All-Pro linebacker Patrick Willis for their primetime game against the Broncos. Denver will be without running back Montee Ball, which should mean some more opportunities for Ronnie Hillman.

Breaking Down the Unpredictable NFC North