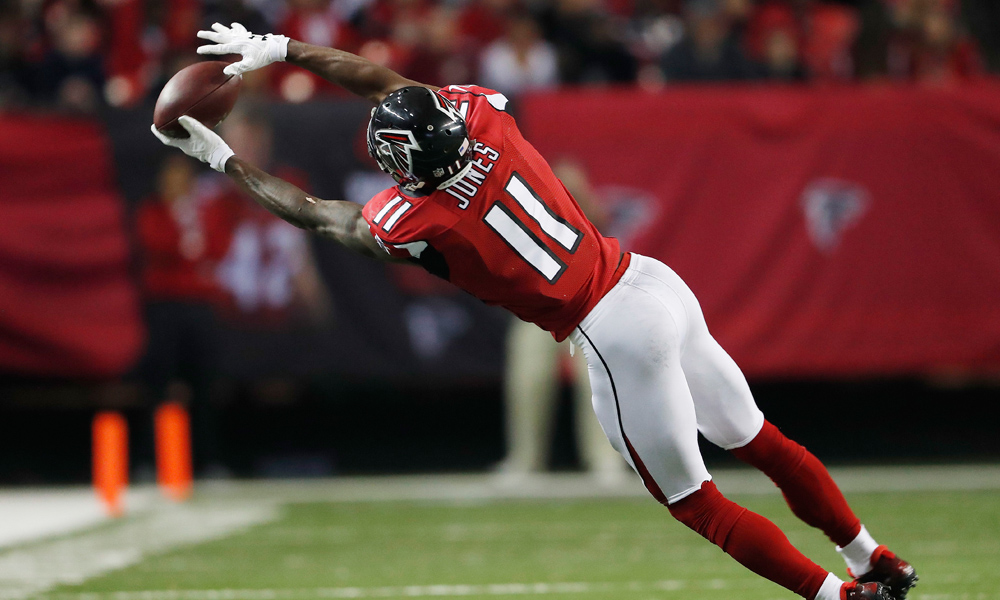 Despite dealing with a foot injury for the majority of the season, Atlanta Falcons superstar wide receiver Julio Jones finished the regular season wth 83 catches for 1,409 yards to go along with six touchdowns.

However, the Falcons didn’t end their season as they had hoped.

As you may know, by now, Atlanta blew a 28 to 3 lead against the Patriots in the Super Bowl. While it wasn’t the way the Falcons envisioned their season ending, at least Jones is on the right path to becoming 100 percent healthy.

Surgery was a success! Thanks to all that prayed for me #jetlife #blessed?

Atlanta will be looking to reach the big game again.

Jerry Jones In No Rush To Move On From Tony Romo