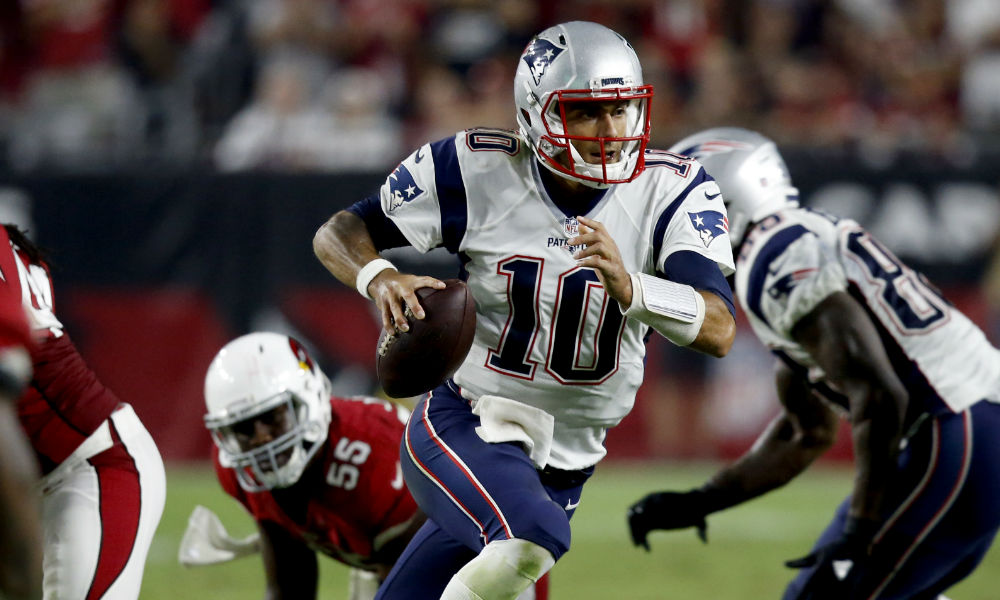 Earlier this week, veteran quarterback Josh McCown was released by the Cleveland Browns. According to multiple sources, the belief is that New England Patriots backup quarterback Jimmy Garoppolo will be traded to northeast Ohio.

If this were to happen, McCown believes Garoppolo can get the job done.

“I saw some things in Derek Carr early on in the 2014 draft that reminded me of Aaron Rodgers and I thought ‘this guy is going to be pretty good,”’ McCown said. “I see the same things when I watch Jimmy: quick release, strong arm, athletic. I’m not saying he’s Aaron Rodgers, but he’s got some traits in the same mold, and he’s got tremendous upside.”

During Tom Brady’s four-game suspension, Garoppolo led the Pats to a (3-1) record.