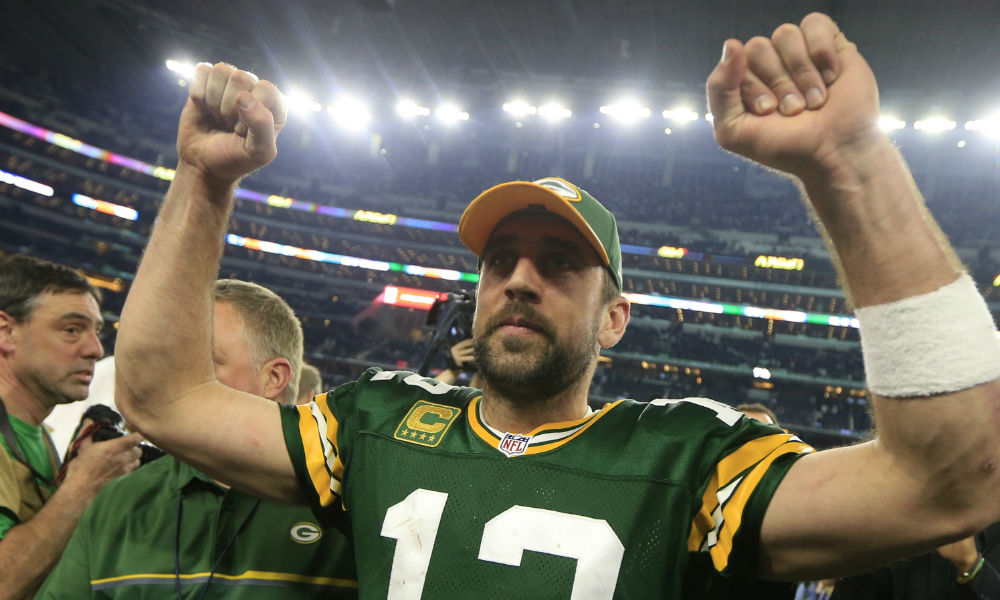 Despite blowing an 18-point lead, the Green Bay Packers were able to hold off the Dallas Cowboys in a thrilling 34-31 finish. However, after a sack that forced Green Bay into a third and twenty in the weighing moments, it appeared we were destined for overtime.

Aaron Rodgers had different ideas, as he threw a strike to tight end Jared Cook to put the Packers in a position to hit the game-winning field goal.

“I don’t think you ever get used to the things that Aaron does. He always does things that just leaves you with your jaw dropped,” Cook said after the game. “Guys on this team, when he makes throws like that in practice, they think it’s not a big deal. Me seeing it for the first time after being other places in the league, it’s like … wow.”

At this point, it feels like Rodgers will continue to wow us on a weekly basis.

Mike Tomlin Fired Up After Win In Kansas City

NFL AM: QB’s Rule The Divisional Round