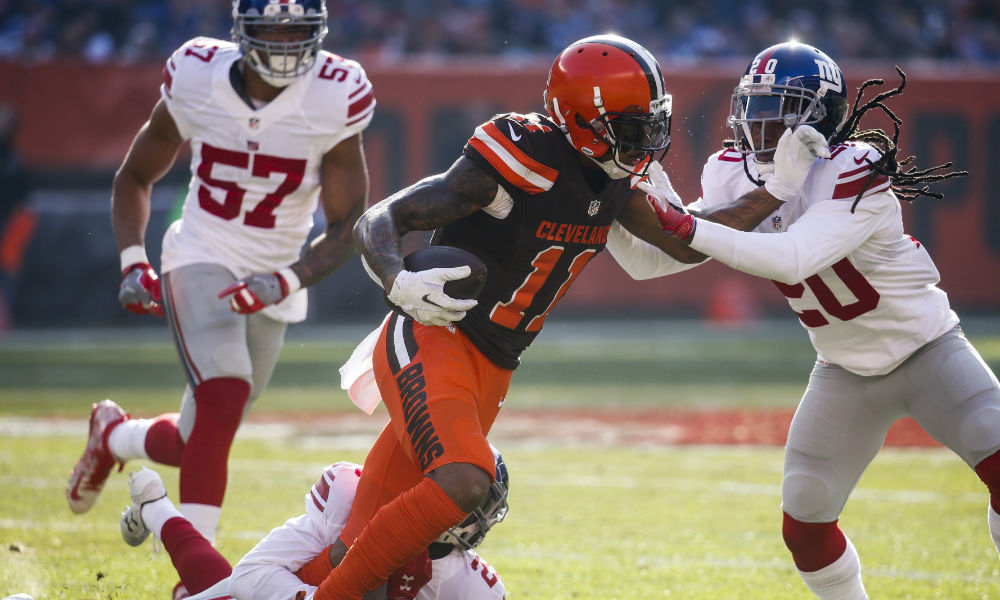 Apparently, it wasn’t enough for New York Giants cornerback Janoris Jenkins to hand Terrelle Pryor and the Cleveland Browns their 12th consecutive loss to begin the season, he had to give his educated opinion on Cleveland’s leading receiver’s game.

“You a S–t Eater to me,” the Big Blue cornerback tweeted at Pryor, the Browns’ top wideout who caught six passes for 131 yards in the loss. “u really sucks.”

Pryor responded with his usual amount of class via his Twitter.

“You are a great corner. Solid defender! You played a solid game,” the receiver tweeted. “God Bless !! Good luck rest of year.”

Jenkins, the pride of the University of Florida, later deleted his tweets directed at Pryor.

Pryor ended up catching six passes for 131 yards in the 27-13 loss, but most of those came in zone coverage.