Connect with us
Home » news » fantasy football the most overvalued players 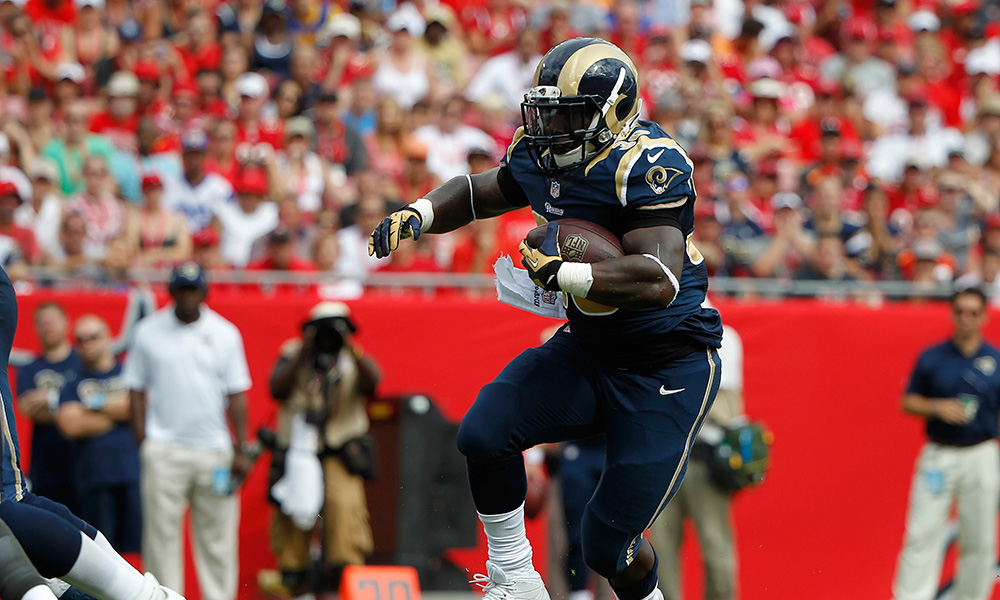 As fantasy players, we all like to go back and see what we could have done to better our teams. How did I mess up this year? What players ruined my season? Well, I’m here to show you the three most overvalued players at each position. If you had these guys on your team, they probably gave you a pretty nice headache most weeks.

Stafford is having a very disappointing season, to say the least. He is on pace for his fewest passing yards and fewest total touchdowns since the 2011 season. In fact, his passing yards have decreased every single year since 2011, which shouldn’t be happening for a player who is heading into the prime age (26). Stafford has less fantasy points than quarterbacks such as Joe Flacco, Jay Cutler, Ryan Tannehill, Matt Ryan and others who were all ranked and drafted below him.

Newton is also disappointing many owners this year. He has the potential to be a top-five quarterback in the NFL as well as a top-three fantasy quarterback. His running game boosted his fantasy value greatly the last couple seasons, however, his running game this year is nothing compared to what it once was. He is on pace for 130 fewer yards and four fewer touchdowns running the ball. He is also on pace to finish the season with seven fewer passing touchdowns than last year. He has gotten above 20 fantasy points just once this year.

Like Cam Newton, Kaepernick’s lack of running has really hurt his fantasy value. He has no rushing touchdowns this year while he had four last year and five the year before. He also is on pace for four more fumbles. In his last six games, he is averaging 11.3 fantasy points, which isn’t even starter-worthy.

He has missed five games so far this year, but even in the seven that he has played, he has averaged just six fantasy points. Martin is averaging 2.9 yards per carry, the lowest of his career. His current ADP isn’t even in the top 170 picks.

Stacy was benched midway through the season due to his poor performance. He is now acting as a backup to Tre Mason and doesn’t even deserve to be on a fantasy roster. After a strong rookie season, Stacy fell completely off the map. He has 419 total yards and one touchdown thus far.

McCoy, surprisingly, is having a very down year from last year. With Chip Kelly’s offense, everyone expected McCoy to have a monster season. He is on pace for 640 fewer total yards and six less touchdowns. Running backs like Alfred Morris, Justin Forsett, Arian Foster and Eddie Lacy all average more points while being ranked and picked significantly lower.

Megatron has played in nine of 12 games thus far. In those nine games, he is averaging 80 yards and a touchdown every two games. Last year, he averaged 107 yards and almost a touchdown a game. He was the number one fantasy wide receiver three years in a row and is finally cooling off. Though, one might argue it is because of his lingering injury issues. When healthy, he is still the best of the best.

Brandon Marshall is having a very un-Brandon-Marshall-like season. After seven straight years of at least 1,000 yards, Marshall is on pace for only 880. The good news, however, is that he is on pace for double-digit touchdowns for the third straight season. He is seeing significantly fewer targets and receptions this year due to the fact that Alshon Jeffery is lining up on the other side of him.

Andre Johnson is arguably the most disappointing fantasy player this year. He was the 10th wide receiver picked in most drafts and has had just one game with over 10 fantasy points while guys picked below him have had many more 10-plus point games, such as Randall Cobb (8), DeSean Jackson (6) and T.Y. Hilton (7) among others. At age 33, Johnson doesn’t want to be spending his last days with poor quarterbacks such as Ryan Fitzpatrick and Ryan Mallett.

Davis has had one of the most surprisingly bad seasons in past years. After going for 850 yards and 13 touchdowns in 2013, he has just 210 yards and two touchdowns this year while missing just two games. He has one game over three fantasy points (Week 1) and three weeks of zero points. He is averaging 2.8 fantasy points per game.

Witten has been very good for a very long time. At age 32 and having missed one game in his 12-year career (in his first season), it isn’t a surprise he is starting to slow down. He is on pace for his fewest receiving yards (625) since his rookie season in 2003. He is averaging just 5.9 fantasy points per game.

Miller always racks up a good amount of yards, but his touchdown numbers have always been low. He has just two this season in 12 games. He has had six games of scoring two or fewer points this season. Tight ends such as Antonio Gates, Martellus Bennett, Coby Fleener and a couple others were picked below Miller but have had more points this season.