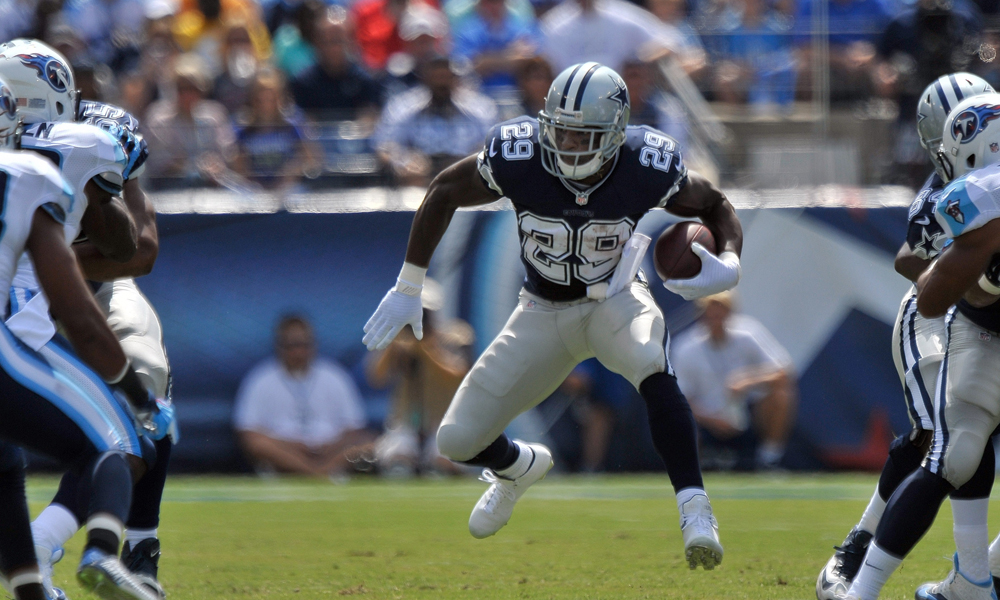 Despite all the chest-thumping from owner Jerry Jones and the legion of Dallas Cowboys fans across the nation, there has been no truer example of mediocrity over the past 20 years than their beloved Cowboys. Since 1997 Dallas has a record of 137 wins….and 137 losses.

This proud franchise that won their fifth Super Bowl all the way back in 1996, has notched just one playoff victory since.

So, what’s the real reason why the Cowboys have been the epitome of average?

Going back 20 years there have been breakdowns in different areas, but in the most recent era, the “Romo Era,” many fans and select media instantly point at the quarterback. Tony Romo is an easy target. His big game failures and well documented and memorable. How many of those big games would the Cowboys have even took the field for if Tony Romo wasn’t so good in the earlier part of the season?

For much of his career, Romo has taken too much of the offense on his surgically repaired back and a good bit of that hangs on the man calling the plays, head coach Jason Garrett. Despite having capable running backs such as Marion Barber, Felix Jones and now DeMarco Murray, the Dallas offense has seemingly been “hell-bent” on throwing the football.

A strong running game helps the quarterback and most importantly the defense. Despite having the talented DeMarco Murray last season, the Cowboys, threw, threw and threw some more. The play calling certainly took their toll on the Dallas defense as they ranked last in yards allowed per game at 415 yards, while also allowing 27 points a game. The Cowboys haven’t had a defense ranked in the top half of the league since 2011.

The early returns this year have been more than solid. Dallas is only allowing 15.5 points a game through two weeks and much of that came off bad Romo turnovers. Cornerback Morris Claiborne claims this isn’t the same defense.

“Our defense is not the same defense,” Claiborne said. “I say that to anybody. If you don’t see that, you must be blind.”

So how have the Cowboys and defensive coordinator Rod Marinelli engineered this turnaround? By the offense giving the ball to DeMarco Murray more.

In Murray’s three years in Dallas, he’s averaged just 14.6 carries per game, while Romo has averaged 36.2 pass attempts a game during that span. Since Romo is a talented passer with solid weapons you wouldn’t expect an even 50/50 balance, but the numbers shouldn’t be that lopsided.

In 2014 we’ve seen some of that balance in the Cowboys huddle. DeMarco Murray has 51 carries after two games, compared to 66 pass attempts for Tony Romo. Even those numbers may be skewed a bit, since Dallas dug itself a deep hole in week one against San Francisco, which forced them to air it out more than they probably would’ve liked.

Murray, 26, is entering his prime and he’s capable of becoming a star in the ‘Big D’. Coming into this season he’s averaged only 76.1 yards per game, despite averaging five yards per carry, which shows an inexplicable lack of opportunity. After two games this season, Murray is averaging 142.5 yards a game which leads the NFL, while averaging nearly six yards a carry.

The running ability of Murray was evident on Sunday, when he rushed for 167 yards on 29 carries. His performance was so impressive that Cowboys safety Barry Church had this to say.

“He’s the best running back in the world to me,” Church said. “That boy’s milking that clock.”

Church’s comments may be a stretch at this point, but it’s not impossible. How many more games would Dallas have won if they allowed someone other than Tony Romo to take on the bulk of the offensive responsibility? Perhaps Romo would’ve taken fewer hits and not have needed his second back surgery?

An effective running game is only going to make it easier to throw the football downfield. It’s also keeping the defense on the sideline more and making them more effective.

Murray has carried the ball 51 times after two games this year, which is the highest total of any two-game stretch for his career. Cowboys head coach Jason Garrett believes Murray is ready to carry the load.

“We’ve talked about him being a guy who can be a bell cow,” Garrett says, “and there’s never been any evidence to me from the minute he showed up at the Dallas Cowboys that he couldn’t do these kinds of things.”

It’s still too early to tell if Dallas is truly committed to allowing Murray to take pressure off Romo, but so far, so good.

Thursday Night Is Do Or Die For Buccaneers

FSU Suspends Winston for First Half vs Clemson