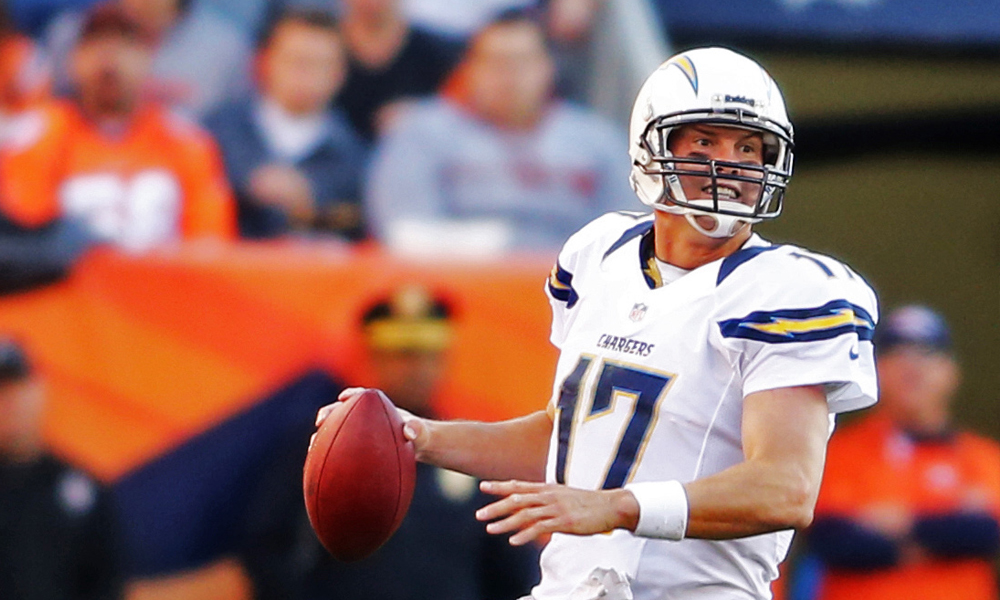 We’re only three weeks into the NFL season, which means it’s way too early to draw conclusions unless your team is 0-3. Sorry Oakland, Tampa Bay and Jacksonville.

There’s still a lot of mysterious teams out there, ala Buffalo, Houston and Detroit just to name a few. As the weather around the country gets colder, we’ll be able to separate the contenders from the pretenders. One team that we definitely know is a contenders is the Denver Broncos, despite their lost to the Seattle Seahawks yesterday in overtime.

The Broncos have won the AFC West for three straight years, dating back to when Tim Tebow was their starting quarterback in 2011. Ever since then, Peyton Manning has turned them into one of the NFL’s elite teams. The future Hall of Fame quarterback is one touchdown pass away from 500 for his career, which he’ll most likely get this Sunday against the Arizona Cardinals.

While Denver remains the clear favorite to win the AFC West, is there anyone that could stop them?

Look no further than the San Diego Chargers. Back when San Diego had LaDainian Tomlinson, they were dominating the division. The Chargers won the AFC West four years straight from 2006 through 2009.

Both the Chargers and Broncos are currently tied with records of 2-1. A win is a win, but it’s safe to say San Diego has looked more impressive. Last week, Philip Rivers and company exposed Seattle’s secondary. Rivers completed 75 percent of his passes for 284 yards to go along with three touchdowns.

Meanwhile, on the flip side, Denver just suffered their first loss of the season to Seattle. The Broncos fought hard, but it wasn’t quite enough. Even in their two wins, they struggled more than expected. After having a 24-7 lead against the Indianapolis Colts, Denver barely held on to win by a score of 31-24. And last week against an undermanned Kansas City Chiefs squad, the Broncos only won by a touchdown.

San Diego looks good now, but it’s too early to call them contenders. All you have to do is look at their recent history. Since their last division championship, San Diego has posted a record of 35-32.

In an attempt to shake their mediocrity, the Chargers hired head coach Mike McCoy last year. He led San Diego to the playoffs after going 9-7, before eventually losing to Denver in the divisional round.

Preventing Denver from winning their fourth straight division crown will be difficult, especially after the news that Danny Woodhead is out for the season and there’s no telling when Ryan Mathews will return. But if Rivers continues to play at a MVP level, you never know.

San Diego’s first meeting with Denver is on October 25th.