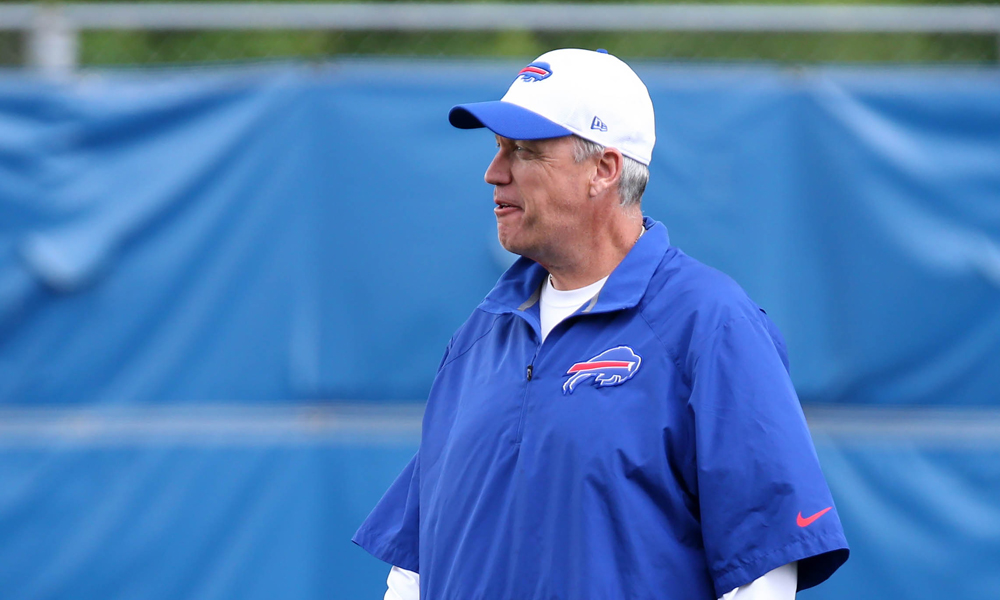 At the top, every team doesn’t operate the same. However, when it comes to the process of hiring and firing head coaches, it’s standard for the General Manager to have their fingerprints all over the decision-making process.

In the case of the Buffalo Bills, that isn’t the case, according to General Manager Doug Whaley. At the Bills end of the season news conference, Whaley claims he had no say so on the decision to let Rex Ryan go.

“I was told by my boss that I will no longer be working with Rex,” Whaley told reporters on Monday. “My role is not to figure out why, my role is to take that information and go forward and put this organization in the best possible light to win football games. So, for me, I did not ask.”

What makes this more compelling is the fact Whaley has been tasked with shouldering the next head coaching search on his own and he was a part of a committee that included owners Kim and Terry Pegula during Ryan’s hire in 2015.

One reporter claimed he knew Ryan would be fired two weeks ago, which made him wonder why the team didn’t do it sooner.

“Then you had a lot more information than I did,” Whaley said. “I wasn’t privy to any part of Rex Ryan being fired until I heard from Terry Pegula.”

At this point, interim head coach Anthony Lynn appears to be the front-runner for the permanent job.