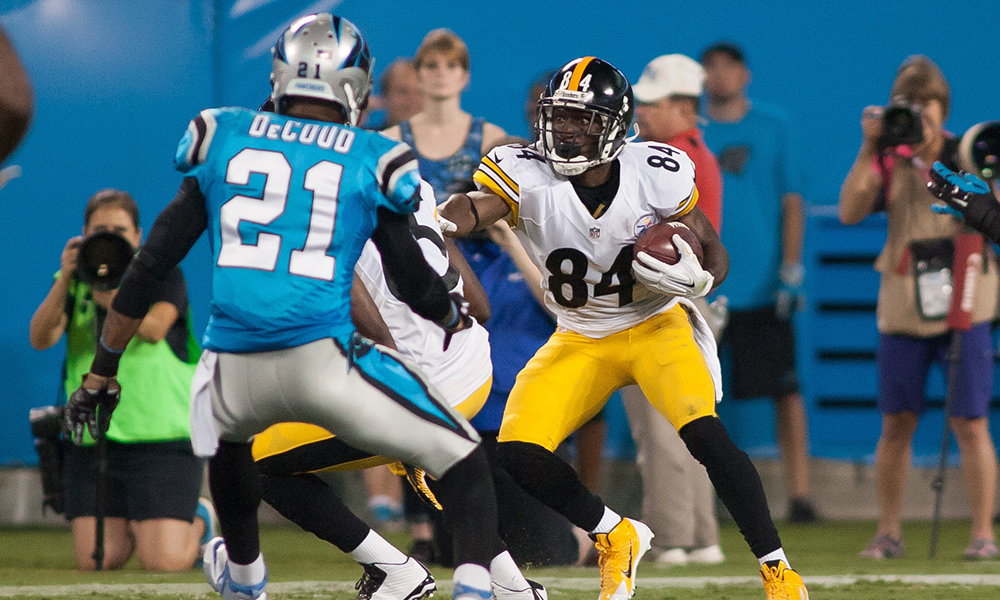 When it comes to pure talent at the wide receiver position, no one is better than Antonio Brown. However, Brown has been in the spotlight for all the wrong reasons as of late.

Now, after running back DeAngelo Williams’ touchdown against the Patriots, Brown was seen pouting.

With Brown entering the final year of his contract, Pittsburgh will be looking to lock him up long-term, but the hope is that Brown will become more of a team player moving forward.