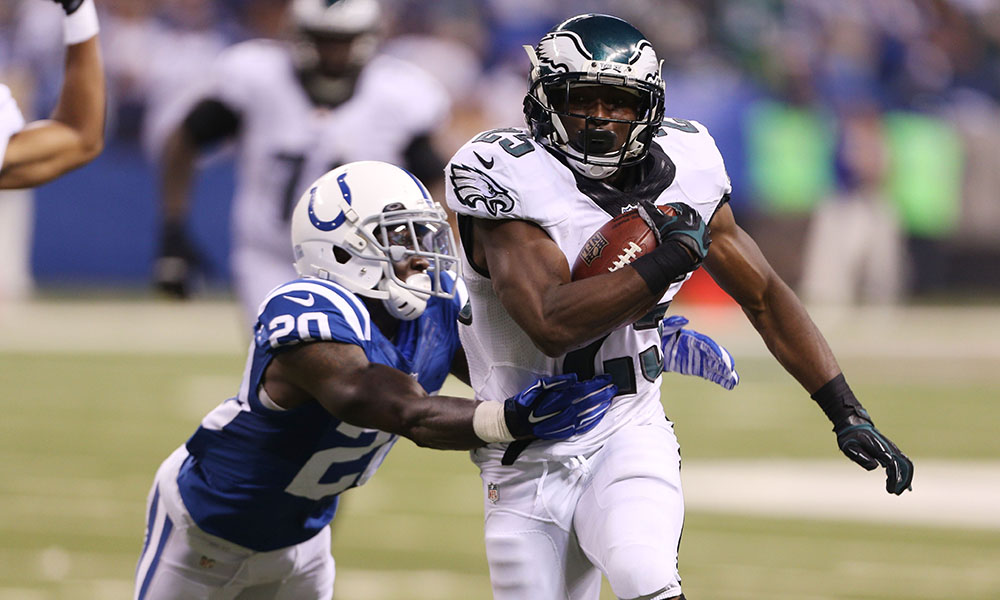 When you think of the top rushing teams in the NFL, you will most likely think of teams with star running backs. Teams like the Eagles with LeSean McCoy, the Bears with Matt Forte, the Redskins with Alfred Morris, or even the Packers with Eddie Lacy. However, none of these teams are in the top 10 for rushing yards, which begs the question: Is a solo backfield or a tandem backfield more efficient? Let’s compare the stats.

Matt Forte, the star running back for the Chicago Bears, overwhelmingly blows everyone away by playing a whopping 97.00% of the Bears offensive snaps.

Montee Ball, 2nd year running back for the Denver Broncos, is number two on that list by playing 80.00% of the Broncos offensive plays.

Darren McFadden played in 70.33% of the Raiders offense.

How do these teams’ rank league wide in their running attack?

The Chicago Bears, led by Forte, are 20th among all NFL teams in Rushing YDS/G while the Broncos, Giants, Eagles, and Raiders’ are 27th, 16th, 26th, and 32nd in that order.

Chris Johnson and Chris Ivory are respectively getting 40.33% and 38.67% of the Jets offensive snaps.

The Colts’ Ahmad Bradshaw surprisingly has a higher percentage of snaps played (51.33%) than Trent Richardson does (44.00%).

How do these teams’ rank league wide with their running attack?

The Jets, led by Johnson and Ivory, are 2nd among all NFL teams in Rushing YDS/G while the Browns, Bills, Colts, and Lions are 10th, 13th, 18th, and 25th in that order.

So what does this mean? Well, the stats clearly show that teams with a backfield duo are able to average more yards per game than a solo backfield. But come on, would you ever really want Chris Ivory and Chris Johnson over LeSean McCoy?