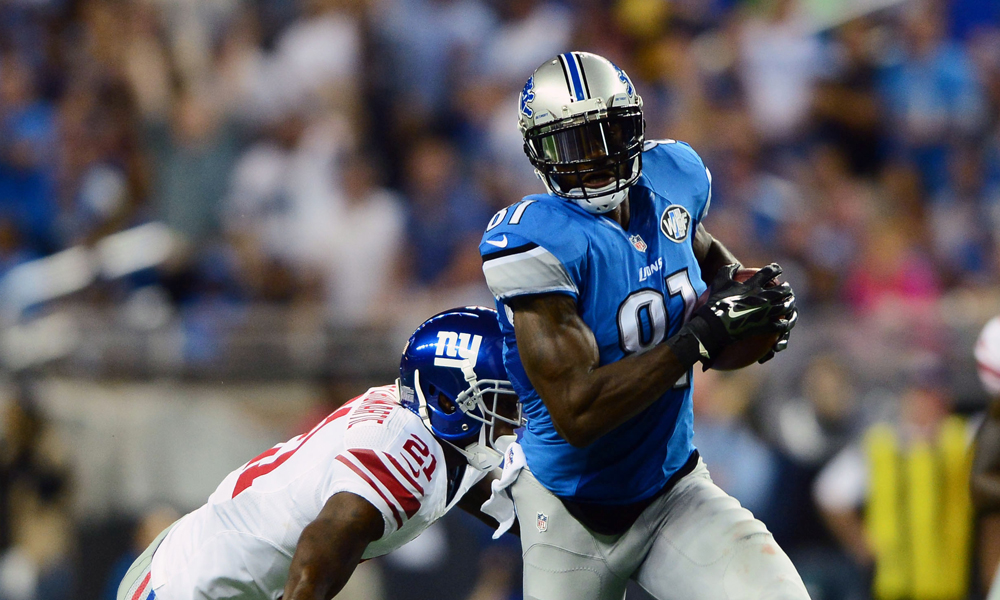 The Lions and Cardinals have one of the oldest rivalries in the NFL, though at no point in the past could you call it one of the league’s best and keep a straight face.

The teams have played since 1930, when the Cards were in Chicago and the Lions in Portsmouth, Ohio. They’ve changed cities, but their location in the standings typically doesn’t — just look at the bottom and you’re bound to find both.

It’s a different story this Sunday as Detroit and Arizona improbably get together with the top seed in the NFC in the balance.

It’s not just an interesting matchup because of the stakes. Fans will get a chance to watch arguably the two finest wide receivers of their generation, Larry Fitzgerald and Calvin Johnson, go head-to-head.

Given the respective histories of the clubs, it’s easy to wonder if the new No. 1 in the NFC will be able to sustain that success throughout the rest of the regular season and into the playoffs.

But the Lions-Cardinals matchup raises an even more interesting question about the construction of a championship football team. Fitzgerald and Johnson are no doubt the top players on their respective teams.

But when is the last time a wideout carried a team to a Super Bowl title?

Fitzgerald was the last to come close, bringing the Cardinals to the brink of a title in Super Bowl XLIII before eventual journeyman Santonio Holmes stole his thunder and the game MVP with his shoestring catch for the 27-23 win.

The almost-perfect Patriots brought in Randy Moss to bolster their already impressive arsenal, but it was anonymous Giants wideout David Tyree who stole the show in that unforgettable Super Bowl.

The Eagles brought in Terrell Owens to get over their losing in the NFC Championship hump, but also fell short in the Super Bowl.

You could argue Isaac Bruce was a superstar, but let’s face it — even Az-Zahir Hakim looked awesome in that Rams offense.

So if the Cardinals or Lions do end up faltering down the stretch, don’t simplify it by saying, “Oh, that’s just the Cardinals” or, “Typical Lions.”

When a wide receiver is leading the way, championships rarely follow.