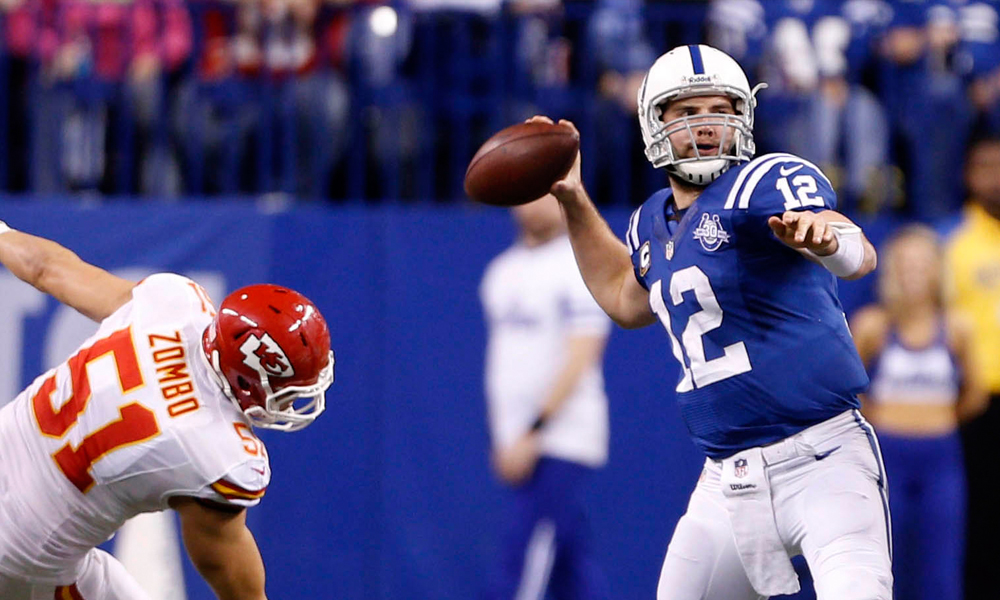 However tempting it is to put Peyton Manning in the top spot, Aaron Rodgers is having another phenomenal season with 18 touchdowns and just one interception. Nobody plays the quarterback position better (including Manning) and Rodgers is doing it with virtually no running game right now.

DeMarco Murray now has an NFL record seventh consecutive 100-yard rushing game to start the season. He’s the Cowboys’ bell cow and he’s making life much easier on Tony Romo and most importantly that defense. We’re not sure how much longer Murray can maintain this pace but if he does, he will be in MVP contention.

Peyton Manning makes greatness look easy. He set a new all-time record for touchdown passes as he threw three in the first half against the seventh-ranked San Francisco 49ers defense. Peyton is an all-time great and there will be a lot of momentum for him to get this award, but he also plays with a lot of great talent on both sides of the ball.

Rivers had a solid game in a loss to the Kansas City Chiefs. He’s asked to do more than anyone and he does it without elite talent around him. If the Chargers can overtake the Denver Broncos and win the AFC West, Rivers will likely win the MVP award.

Andrew Luck is going to be at the top of MVP voting for years to come. It’s simply great to watch a guy figure it all out and he has as much physical talent as just about anyone playing. In 15 years, Colts fans will realize how improbably lucky their team was to go from Peyton Manning to Andrew Luck with just one year of Curtis Painter and Dan Orlovsky in between.

Week 8 Rookie Of The Year Rankings