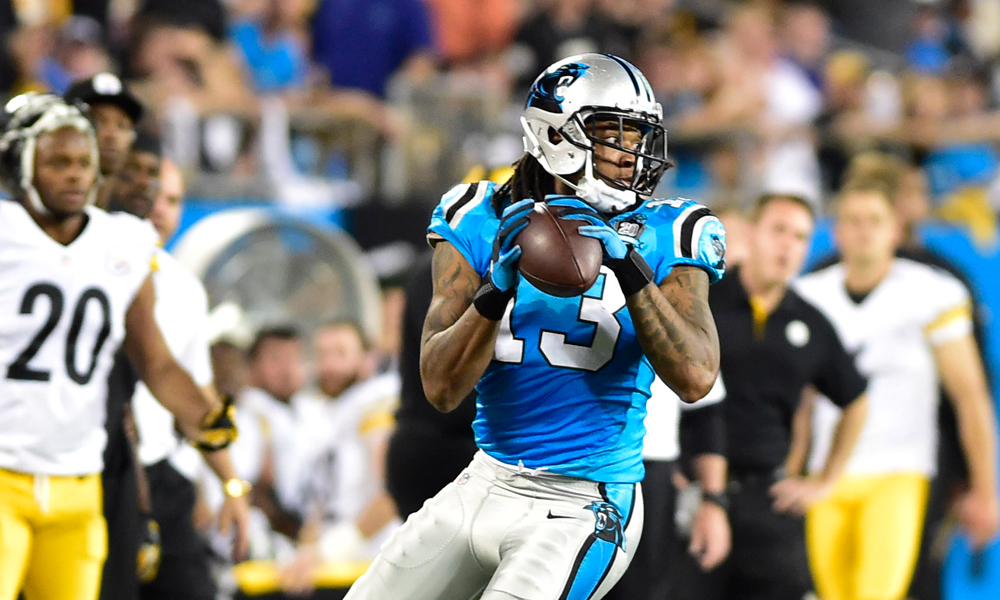 Mike Evans not only looks like the best rookie wide receiver in a very loaded wide receiver class, but he looks like a Pro Bowler. Evans is running better routes and there are few players that are better at high-pointing the football. He leads all rookies in receiving yards with 841 and is tied with Kelvin Benjamin with eight touchdowns.

Kelvin Benjamin was on a bye this week so we can’t raise him or drop him. He’s been the Panthers’ No. 1 receiver but with that team’s have been keying on him. He doesn’t look quite as refined as a pass catcher as Sammy Watkins, Mike Evans or Odell Beckham, Jr.

Odell Beckham being in our Top 3 is based more on his talent and production over the past few weeks and less about the complete body of work being that he missed the first four games of the season. Beckham made the best catch that anyone has seen this side of David Tyree on Sunday night and he’s taken over No. 1 receiver duties for the Giants.

There’s not much more you can say about Aaron Donald other than he’s the best rookie defensive player in football. He leads all rookies in sacks in a position that normally doesn’t create a lot of sacks. He’s become the best player on an ultra-talented Rams offensive line.

Anthony Barr continues to play good football and he had a forced fumble in the team’s loss to Green Bay. Being a key part of a defense that holds Aaron Rodgers to just 24 points in nothing to hang your head about.

C.J. Mosley is sixth in the NFL in tackles which leads all rookies by a wide margin. Mosley was all over the field in the Ravens’ victory over New Orleans Monday night and continues to be a leader as a rookie on a defense full of leaders.

Broncos Will Go as Far as RBs and Defense Take Them