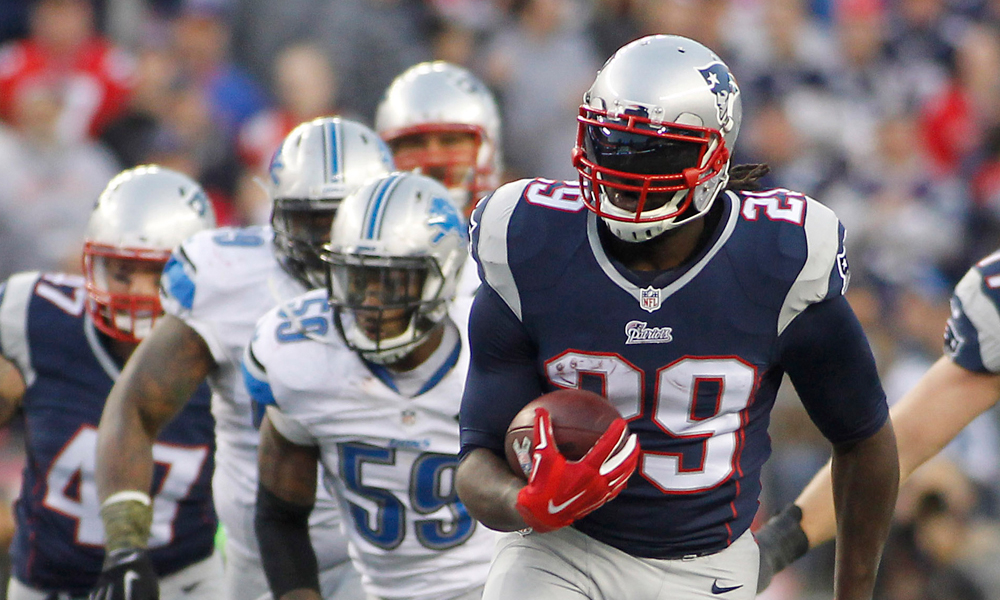 With the fantasy playoffs just a week away, these players will provide much-needed depth, and perhaps even starter material.

Blount, signed by the Patriots less than a week ago, made a huge impact in his first game back with New England. He ran the ball twelve times for 78 yards and two touchdowns against the Lions, who have the best run defense in the NFL. Next up the Patriots play the Green Bay Packers, the 30th best run defense in the NFL. He was hitting the holes hard and ran with tremendous drive. With the Patriots’ not having a clear number-one running back, Blount will get plenty of touches this upcoming week.

I wrote about Landry last week as well. This rookie is fitting in perfectly with third-year quarterback Ryan Tannehill. Landry has gotten the most targets in the past four games (32) than any other Dolphins receiver. In those games, he has averaged 10 fantasy points. Also, Landry’s consistency is what makes him such a threat. He has at least three receptions in every single game he has played in this year. With Tannehill booming this offense to the tenth best in the NFL, expect them to ride this streak out. Get Landry while he’s hot.

Johnson, the second-year player out of Grand Valley State, has been heavily involved in the passing game the last two games. He has steadily seen his percentage of snaps played rise week after week, eventually getting to 97 percent last week. The 6-foot-2, 215 pound wide receiver has a huge frame and the speed to get by the secondary. In the past two weeks, he has a combined 18 targets, 9 receptions, 139 yards, and one touchdown. He has received ten more throws than any other receiver on the Vikings. With Bridgewater getting more comfortable with Johnson, expect him to get plenty more balls his way. He is a solid WR3/Flex for this upcoming week.

Daniel, also known as “Boom” Herron, will receive plenty of touches with Ahmad Bradshaw going down with a season-ending injury and Trent Richardson struggling mightily. He runs the ball with such quickness and toughness that is unmatched by most running backs in the NFL. He has potential through the roof, though, the poor offensive line of the Indianapolis Colts’ could prevent that. Nonetheless, he is a great pick up. He had twelve touches and averaged a solid 5.4 yards per carry on his way to 65 rushing yards. In addition to his running ability, he is a great receiving running back. He had five receptions for 31 yards in the same game. Expect his touches to rise every game as the Colts’ management will realize how much he can help the team.

Colts must step it up against Redskins