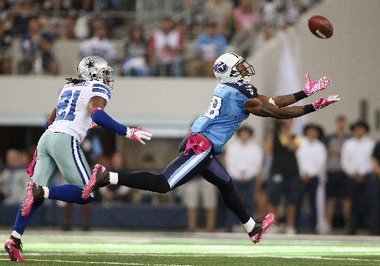 With the Fantasy Football season nearing an end, these waiver-wire adds and notes will help you notch that ever so beautiful playoff birth.

Britt has the speed, height, and skill to be a top receiver in the National Football League. He is finally healthy and out of trouble (for the time being), so it’s a perfect time to snatch him up. With Shaun Hill back starting under center for the first time since Week 1, Britt had his best game of the year. He went for 128 yards and one touchdown while getting a season-high seven targets. With a sub-par running game, the St. Louis Rams will continue to look to the passing game with Shaun Hill back. He has an opportunity to be a strong WR1 candidate.

In two games back since missing five games from injury, McCown has really impressed. In the past two games, he has averaged 20.1 fantasy points, which would be fifth among all quarterbacks (as a season-long average). Tampa Bay also has the eighth easiest schedule for fantasy quarterbacks the remainder of the season. They play four out of their remaining six games against teams in the bottom thirteen for passing defense. With Mike Evans turning out to be an amazing NFL talent, McCown will have no trouble keeping these stats up.

This rookie out of LSU has provided a constant spark for the Dolphins’ offense. Landry has caught at least three passes in every game he has started this year. In the past three games, Landry has caught seventeen passes from Ryan Tannehill, boosting his value in PPR leagues. He is also averaging eight fantasy points in the last three games for standard leagues. His next matchup is against a Denver Broncos defense that has allowed 78 receptions and seven touchdowns to opposing wide receivers in the past five games.

If Tate was cut loose in your league because of the slow season he is having or because he was cut by the Browns, go scoop him up right now. The Vikings have claimed Tate off waivers, which is nothing but good news fantasy-wise for him. He will now carry the lead running back role in Minnesota with Adrian Peterson suspended for the year, Matt Asiata questionable with a concussion, and Jerick McKinnon dealing with some lower-back problems. Though he isn’t familiar with the Vikings’ offense, he should get a tremendous workload for the rest of the year. In addition, the Browns’ have the seventh easiest schedule for fantasy running backs. This is a great waiver-wire add or, if already on a team, an awesome buy-low trade target.

A quick look at the top-five players at each position. Points are based off standard leagues.