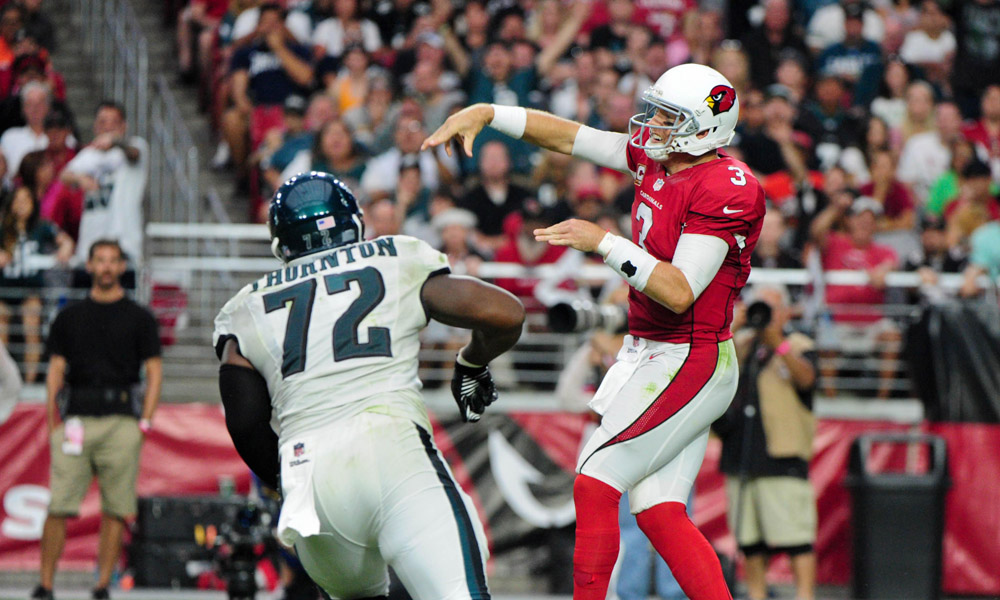 In the topsy-turvy NFL, it only seems there is one team that can consistently be counted on to deliver a solid performance week-in and week-out: the Denver Broncos.

But that’s only the way it seems.

There is one other team that has matched Denver’s consistency both this season and the second half of last season. And it’s not the defending champion Seahawks, who have struggled to find their footing in the past few weeks. It is, however, the team that surprisingly finds itself atop the NFC West – the Arizona Cardinals.

Over the course of the last 16 regular-season games dating to last year, the Cardinals and Broncos have both gone 13-3. We tend not to notice Arizona’s accomplishment, though, since its 7-2 kick to close last season still wasn’t enough to get into the playoffs. Well, that and the fact they’re the Arizona Cardinals, a franchise that has long perfected a mixture of ineptitude and anonymity.

For instance, did you know the Cardinals are the oldest franchise in the NFL? Exactly. Didn’t think so. Propagandists probably told you it was the Packers, but the Cardinals have been playing football since 1898 and were a charter member of the league in 1920.

They finally ponied up for a nice joint to play in, but when you only make the playoffs three times in 25 years, people have a tendency to forget you exist. Typically playing in the late afternoon window against a national broadcast does not help that cause any either. But here the Cardinals are, seemingly equal with the Broncos as we approach the season’s halfway point.

That question has already been answered on the field with Denver applying a 41-20 drubbing in Week 5. But at this point in the season, the coaches in that game are proving to be the top two candidates for NFL Coach of the Year.

John Fox’s strength is getting the same thing from his team every week, which is something dozens of his counterparts have failed to do this season. Even in their lone loss at Seattle, the Broncos were able to force overtime after playing a clunker of a game for three-plus quarters. Granted, that cause is helped tremendously by having Peyton Manning behind center.

Bruce Arians gets more out of the talent he is working with than anyone else in the NFL. Arizona had to subsist on a diet of Drew Stanton and Logan Thomas before Carson Palmer returned from injury. They have the worst pass defense in the league in yards allowed and are only 28th in rushing on offense. Yet here we are using them in the same sentence as Denver.

With Manning and his full arsenal of weapons, not to mention a defense that ranks first against the run, the Broncos seem likely to continue their run as the kings of consistency in the season’s second half. There are many more potholes ahead for the Cardinals, but behind Denver no other team has done a better job of consistently playing its A-game in the first two months.