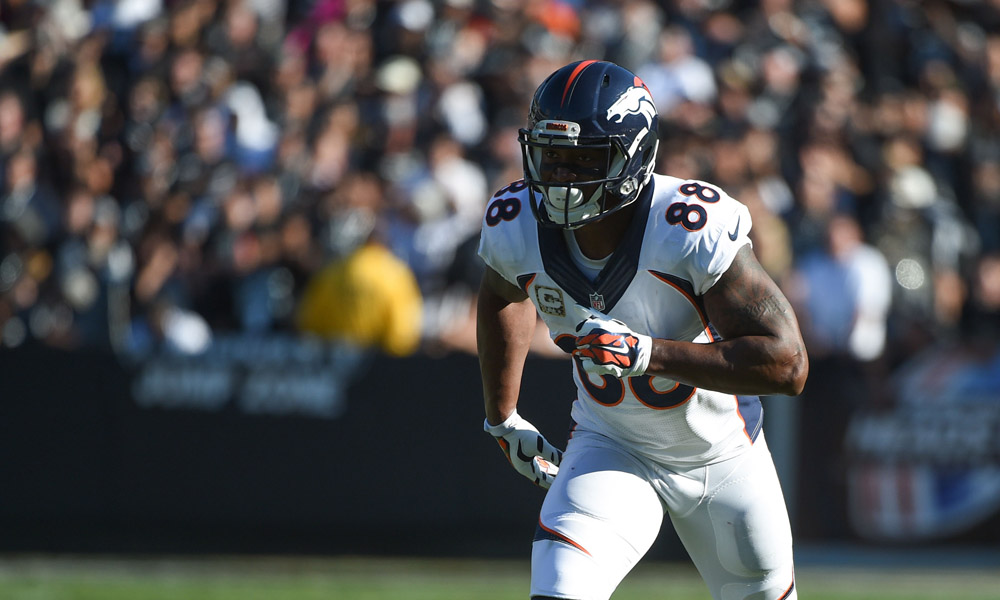 We’re at the midway point of the NFL season, with some teams are jockeying for playoff position while others are wondering where they’ll pick in the draft.

Regardless of where teams stand, they all are marveling at the wide receivers in the upcoming free agent class because there are plenty of players who can change the fortunes of a franchise.

Let’s take a look at these big name wideouts who could be available:

1. Dez Bryant: The Pro-Bowl receiver is in the final year of his rookie contract. On the surface, it appears the Dallas Cowboys should do everything in their power to re-sign the star receiver. Bryant has recorded over 90 catches and 1,000 yards in each of the past two seasons.

The Cowboys are reportedly hesitant to give Bryant a large sum of guaranteed money because they “do not trust [him] off the field.” The report says that police in DeSoto, TX, have been called to Bryant’s house on at least six occasions, although there have been no arrests.

If the parties are unable to negotiate a long-term deal, Dallas could always use the franchise tag on Bryant.

This season, Bryant has 56 catches for 793 yards to go along with eight touchdowns.

2. Demaryius Thomas: Take Dez Bryant out of the mix, and Demaryius Thomas would be the clear-cut top receiver of this free agent class. The 26-year-old has emerged as one of the best at his position.

During the past two seasons, Thomas has totaled 186 catches, 2,864 yards and 24 touchdowns. He hasn’t slowed down at all this season, as he has continued to be extremely productive and one of Peyton Manning’s favorite targets.

Thomas has 65 catches for 1,002 yards after nine games. He currently has a six-game steak of 100-yard games going on, which he doesn’t like to discuss much, if at all.

“I don’t think about it, I don’t want to talk about it,” Thomas said after the Broncos’ last win. “I’m just glad we won.’’

3. Randall Cobb: Green Bay locked up Jordy Nelson over the summer, signing him to a four-year, $39 million extension. Cobb is looking to be next.

When asked if he’s entering free agency at the perfect time due to his successful season, Cobb responded, ”I guess we’ll have to wait and see.”

Cobb has quickly become one of Aaron Rodgers’ favorite targets and a big reason for Green Bay’s success through the air.

He has 44 catches and is near the top of the league in receiving touchdowns with 10. With this being the last year of his rookie contract, the Packers have a decision to make.

4. Torrey Smith: Former second-round pick Torrey Smith is in the final year of his rookie contract. He cracked the 1,000-yard mark for the first time last season.

“I don’t think about the contract at all,” Smith said. “Every year’s important; I want to win. That stuff kind of takes care of itself. I’m not going to be out there on the field while I’m running a route like, ‘Man, Ozzie saw that!’ I’m a Raven — always going to be a Raven. That’s all I worry about.”

“I was never quite comfortable throwing a little stop route to [Smith early on] when the [defender] was playing bump on him or something like that,” Flacco said. “I think I was 100 percent with him these OTAs and minicamp, and I feel really comfortable. I don’t know what it is. I don’t [know] if something is hitting his brain a little differently there, or something like that, but that’s just an example of him kind of getting a better understanding for some things and running some things a little better.”

His teammates understand why he chose not to commit long-term just yet.

“He knew if he signed a multi-year deal and came back great — which is what he was expecting — he was going to be underpaid for the next few years,” Jason Kelce said. “I think he just wanted to get a one-year deal and prove he was back and the receiver he was before, one of the premier guys in the league. He’s more than done that.”

Through nine games, Maclin has gobbled up 48 catches for 828 yards to go along with eight touchdowns.

Browns’ Taylor out for season

Bills suddenly on brink of elimination