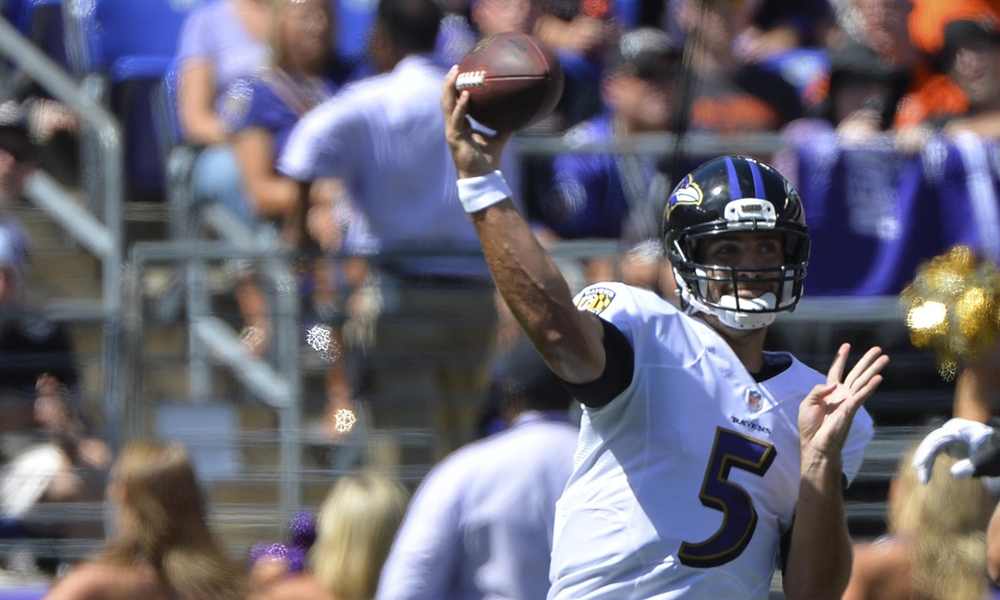 The AFC North is on pace to be the most successful division in NFL history, as not only do all the team’s have winning records, but are three games over .500. The room for error amongst the Baltimore Ravens, Cincinnati Bengals, Cleveland Browns and Pittsburgh Steelers is miniscule. The Bengals beat the Houston Texans 22-13 in Week 12 to keep hold of first place, while Cleveland’s Billy Cundiff nailed a 37-yard field goal as time expired Sunday, giving the Browns a 26-24 victory over the Atlanta Falcons. If the Texans beat visiting Cincinnati, the Bengals would have dropped from first to worst in the division. The win however keeps them in ahead in a tight division race with only five games left. The slightest slip up for any of these teams and the chase for the post-season could be lost. Below is a quick preview of each of the AFC North’s final games and predicted records.

Baltimore kept pace in the AFC North beating the New Orleans Saints, 34-27. Earlier in the year the Ravens’ looked like the only real team in the AFC North with any consistency and have gone 2-2 over their last four games.

It’s possible the Ravens’ could distance themselves from the pack over the course of the final five weeks. Cincinnati has three games left against division opponents. Cleveland and Pittsburgh each have two. The only remaining division game left on the schedule for Baltimore is Week 17 against Cleveland.

Baltimore faces some quality opponents down the stretch, but none appear to be unbeatable, and they should be favored in each of their final five games.

The Bengals’ tied the Carolina Panthers 37-37 during an overtime finish in Week 6. The usually reliable Mike Nugent missed a game-winning field goal that at the time appeared to be a real dagger for Cincinnati. That tie now enables the Bengals’ to win the AFC North with a manageable 10-5-1 record. Finishing three and two seems like very reasonable finish for the Bengals’ down the final stretch.  The trio of  Baltimore, Cleveland and Pittsburgh would need to win four out of their last five games to finish 11-5 and most importantly ahead of Cincinnati.

Much was made, regarding quarterback Andy Dalton getting a new contract (six-year, $115 million extension) this past summer. Dalton hasn’t played well in the post-season, carrying a 0-3 record. The question isn’t if Dalton can lead the Bengals’ to the playoffs. They are on the cusp of extending the franchise record of three to four consecutive playoff appearances. The question is can Dalton get Cincinnati deep into the playoffs? Cincinnati hasn’t won a playoff game since 1990 when Andy Dalton was three years old.

Brian Hoyer is the first quarterback since Derek Anderson in 2007 to win seven games in a season when Anderson won 10. Hoyer has improved his overall record as a starter in Cleveland to 10-4 during the course of the last two years. The drought of success in Cleveland has a passionate fan base aroused for a playoff berth in 2014.

Surrounded by a talented yet unproven supporting cast, Hoyer is doing a superb job. Cleveland wants Hoyer to manage the game and allow their solid but not dominant defense to keep things tight. A combined 15 points has decided six of Cleveland’s ten games with them winning four out of the six closely contested battles.

Three of Cleveland’s next five games are on the road, and their two home games are against division leading teams (Indianapolis Colts, Cincinnati Bengals). The Browns’ have turned things around, but the playoffs look unlikely to occur.

Ben Roethlisberger is enjoying one of his finest seasons in his 11-year career. The two-time Super Bowl winning quarterback doesn’t have the defense that helped Pittsburgh win those two Lombardi trophies.

Like most teams in the AFC North, Pittsburgh has played the role of Dr. Jekyll and Mr. Hyde. The Steelers’ have looked like one of the best teams in the NFL during some games. Then transforming into a hideous unit unable to beat the dysfunctional 2-9 Tampa Bay Buccaneers and New York Jets.

Pittsburgh is 4-1 at Heinz Field, and three of their final five games are at home. Odds would seem to be in their favor to reach double-digit wins for the first time since 2011.

Manziel’s status not affected by incident