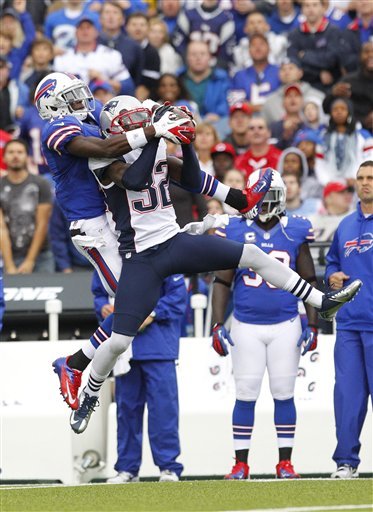 Here, we will rank the top-five free agent safeties heading into the 2015 season.

Devin McCourty is one of the elite safeties in football. His eye for the ball and brisk instincts makes the quarterback second-guess throwing it his way. Being a former cornerback, his route recognition allows him to see certain plays most other safeties wouldn’t. With his speed, he is never scared to make a play on the ball. However, he isn’t a great tackler due to his lack of size. Entering his prime, expect McCourty to land a big deal.

Though 33-years old, Mike Adams is still playing at the top of his game. He is tied for second in the NFL with four interceptions and leads all safeties in that category. Adams also leads all safeties in recovered fumbles. In his first year with the Colts, Adams is on pace to break his single-season record for total tackles, forced fumbles, recovered fumbles, interceptions, and passes defended. He doesn’t have great ball skills, but does a tremendous job with run defense. If he keeps up this strong play, expect Adams to get a nice contract.

This veteran still can play the game at a high level. Rolle had his best professional season in 2013 and is only adding to it this year. He is able to line up against both slot receivers and tight ends while being able to manage the deep part of the field. He is on pace for five interceptions and 83 combined tackles. You can always count on Rolle to make the routine plays, but at his age now, he don’t expect him to do anything spectacular.

Rahim Moore, coming back from a devastating injury (compartment syndrome) that forced him to miss the last six weeks and all playoffs games in 2013, is having a nice comeback year. He already has his career-high in interceptions (3) and is a key part of the Broncos’ secondary. He does an above-average job playing the ball in the air, but still needs to work on his run defense as he misses tackles. Being so young with so much potential, Moore could land a surprisingly courteous deal.

Yes, the Bears’ have a horrendous defense, but Chris Conte isn’t one of the reasons why. He is one of the few guys on the Bears’ defense that you can count on to make plays and is a true-starter material. Conte, also entering his prime, is on pace to break his single-season interceptions record (despite missing a game this year). He plays the ball in the air well but doesn’t have the speed to match up with some of the quicker receivers in the slot.

Here are a few other options