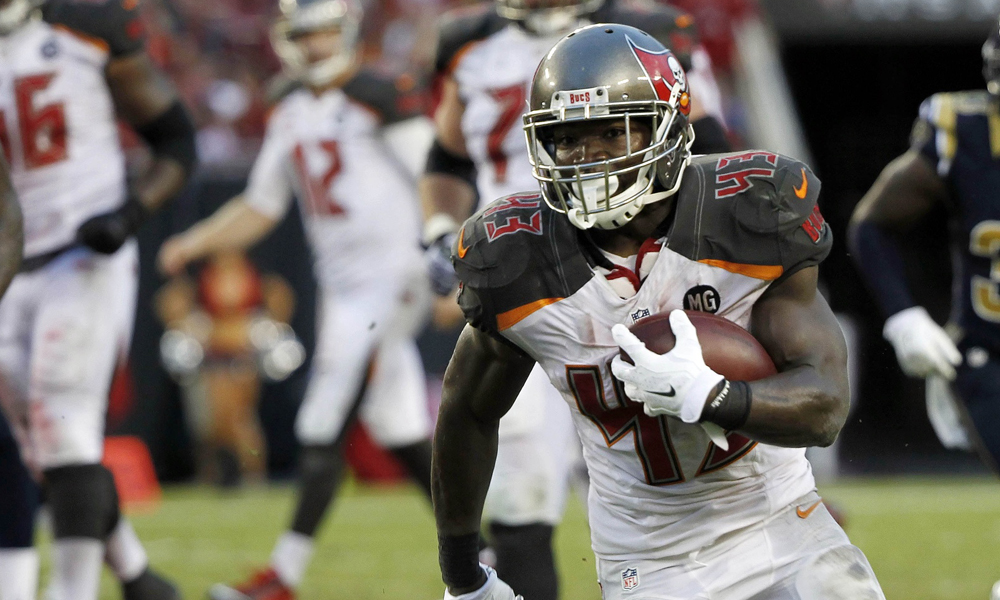 As preseason continues and more NFL teams weaknesses are exposed, either via players disappointing or untimely injuries, some teams have an overabundance of talent at some positions where others are lacking.

We’re going to look at some potential trades that make so much sense that they’ll never likely happen.

Cordarrelle Patterson To Panthers For a 3rd Round Pick

Cordarrelle Patterson is a talented player that appears to need a change of scenery.  The former first-round pick has fallen behind Charles Johnson and Mike Wallace on the depth chart, and rookie Stefon Diggs and Jairus Wright are making moves.

The Vikings can use a pick more than they can use Patterson.

The Carolina Panthers should be looking to acquire talent now that Kelvin Benjamin is lost for the season.  We know that Panthers head coach Ron Rivera said that they like what they have, but with Devin Funchess as a major unknown, they can capitalize on a first-round talent for a second-day price tag.

Like it or not, the Panthers aren’t rebuilding and when you’ve won two consecutive division titles, there are expectations to win now.  A four- or five-win season may have Ron Rivera’s job in major jeopardy.

Bobby Rainey To Patriots For 6th Round Pick

Bobby Rainey may be diminutive in stature, but he was the Tampa Bay Buccaneers best running back a season ago in terms of production per touch.  With Doug Martin, Charles Sims and Mike James seemingly ahead of him on the depth chart, the Bucs have somewhat of an embarrassment of riches at the position.

One of those guys will not make the roster and the New England Patriots need a good pass-catching back in the mold of Shane Vereen and Kevin Faulk.

Rainey can do more than be a third-down back, and he might be better than anyone on the Pats current roster.  He will be a key contributor immediately and a sixth-round pick isn’t much to give up, especially when all your chips are pushed in the table during the back nine of Tom Brady’s career.

Donte Moncrief To 49ers For 4th Round Pick

Why would the San Francisco 49ers trade away a draft pick when they’re about to embark on a miserable journey through the 2015 season?

Because they need more young playmakers and Donte Moncrief can be just that.

Moncrief has good size at 6-foot-2, 221 pounds and he just turned 22 years old.  Giving up a draft pick for him is basically like drafting a player who already has some experience.

The Colts have virtually no need for Moncrief as they spent a first-round pick on Phillip Dorsett and signed Andre Johnson in the offseason.  A fourth-round draft pick will ease some of the pain from the first they gave up a few years ago for Trent Richardson.