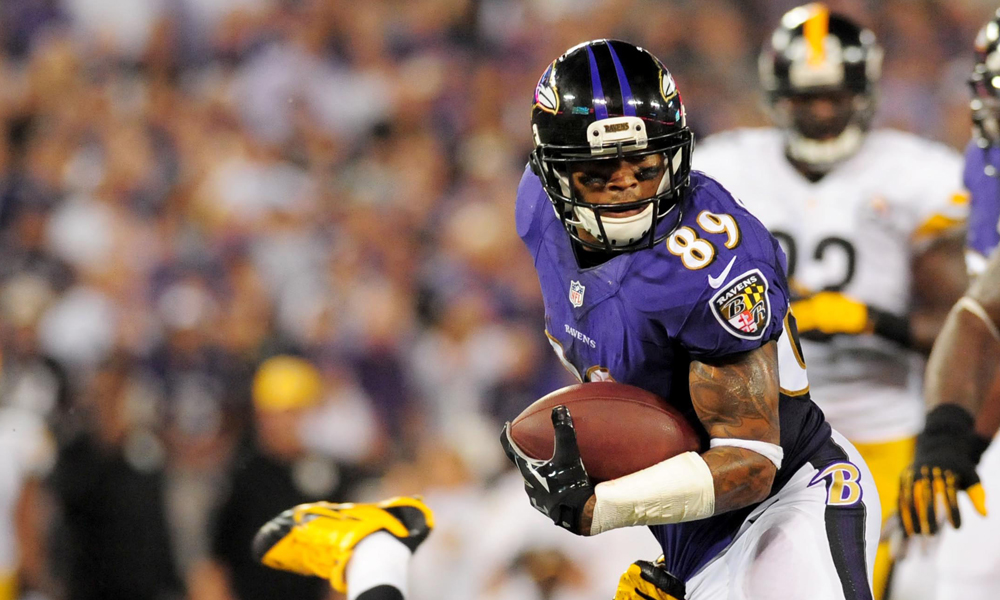 Every week, Football Insiders gives you 10 things to keep an eye on during the upcoming games. From one-on-one match-ups to players on the mend, we’ll talk about 10 things that could have an impact on your favorite team or your fantasy team.

1. Improved quarterback play for New York Giants and Washington Redskins: After looking terrible in Week 1 during a 35-14 loss to the Detroit Lions, Eli Manning has bounced back with better performances the last two games. Expect him to exploit a Redskins secondary that is without defensive captain DeAngelo Hall, who is done for the year with a ruptured Achilles. The Redskins’ offense is also on the upswing. After looking awful in a Week 1 loss to the Houston Texans, the offense responded by scoring 75 points in the next two games, riding the hot hand of backup quarterback Kirk Cousins who doesn’t look like he wants to give the position back to Robert Griffin III.

2. Steve Smith against the Carolina Panthers: It’s almost a cruel joke from the football gods that this game will be played in Baltimore. While the new Ravens receiver had many believing he lost a step last year in Carolina, Smith is off to a great start as a Raven with 18 receptions for 290 yards and a touchdown through the first three games. You know Smith will be motivated to prove his former team wrong on Sunday and emotions will be high in what promises to be one of the day’s best games.

“I want to make sure whatever team I go to, they’re going to get the best, in shape 35-year-old guy they can get,” Smith stated after his release. “If that happens to run through Bank of America stadium, put your goggles on because there’s going to be blood and guts everywhere.”

3. Mike Glennon trying to take advantage of Josh McCown’s absence: Glennon threw for 19 touchdowns and just nine interceptions when starting 13 games for the Tampa Bay Buccaneers as a rookie, but there was enough questions about his game that new head coach Lovie Smith welcomed in Josh McCown, naming him the starter on the day the team signed the 35-year-old veteran quarterback. McCown has been disappointing to say the least over the first three games, turning the ball over, holding onto the ball far too long in the pocket and displaying poor decision making. If Glennon can display better ball security than McCown has, this could be a tough decision for Smith.

4. The 49ers try to get their offense on track against Philadelphia: Sometimes a match-up of weaknesses can lead to exciting football, just as a match-up of strengths can. The 49ers are 1-2, in great part due to an offense that is having a hard time building momentum, ranking 17th overall both on the ground and through the air. The good news for Colin Kaepernick and the Niners is the Philadelphia Eagles have the 30th ranked pass defense and even gave up big numbers to Chad Henne and the Jacksonville Jaguars in Week 1.

5. Houston’s offensive line vs. Buffalo’s defensive line: After not giving up a sack the first two weeks of the season, the Houston Texans offensive line struggled against a New York Giants defensive front that wasn’t exactly setting the world on fire before their match-up. With Mario Williams, Kyle Williams and Marcel Dareus, the Buffalo Bills’ defensive line offers many more challenges than the Giants line they faced a week ago.

6. Will Dallas go to the air against New Orleans? The Dallas Cowboys go into Sunday night’s game with the New Orleans Saints averaging over 150 yards a game on the ground while having just the 24th ranked passing attack in football. However, the Saints have the 29th ranked pass defense in the game and will certainly be airing it out to try and get back on the winning track after starting just 1-2. You’d expect the Cowboys to want to keep the ball on the ground to keep Drew Brees and the Saints offense off the field, but with glaring holes in the Saints’ pass defense, it will be interesting to see which way the Cowboys attack Rob Ryan’s defense.

7. Blake Bortles and Teddy Bridgewater start games for the first time: Both Blake Bortles and Teddy Bridgewater were selected in the first round of the NFL draft this past May and the plan for each of them was to sit their rookie seasons while learning from the veteran quarterbacks in front of them. This past Sunday, broken bones in Matt Cassel’s foot and poor play by Chad Henne brought both rookie quarterbacks into the NFL spotlight. Each will make their first start Sunday with Bridgewater’s Vikings hosting the Atlanta Falcons, and Blake Bortles Jaguars’ traveling to San Diego to take on the Chargers. While you shouldn’t expect the Vikings to beat Atlanta, the Falcons’ weak pass rush should give Bridgewater some time to feel comfortable. The Chargers’ defense isn’t scary, but it is pretty good. Expect the Chargers to slap around the Jaguars while Bortles gets his feet wet.

8. The San Diego Chargers rushing attack without Ryan Mathews and Danny Woodhead: The Chargers are off to heck of a start this year, but they’re doing it with the 26th ranked rushing attack in football. Donald Brown was an under the radar free agent signing this offseason, but he’s going to be vital to the Chargers run game moving forward as Ryan Mathews is still out a few weeks with a sprained MCL. Running backs have been very successful against the Jaguars this year, so we’ll have to see if the Chargers can get their run attack working this week.

9. The Lions defense: Weird, right? Despite Cam Newton throwing for 281 yards against them, the Lions defense ranks third overall against the pass while also ranking second overall against the run. The Lions, who most expected to have a dominant offense, have started the season playing very well on defense. While they feasted on a struggling Giants offense in Week 1 and struggled against the Panthers in Week 2, it was holding Aaron Rodgers and the Green Bay Packers to just seven points a week ago that opened eyes. Expect the Lions’ defense to dominate the struggling New York Jets offense on Sunday.

10. The worst week on the schedule: Sorry to be a downer, but this is the worst week on the 2014 schedule. Some of the best teams in football are on a bye, which include Cincinnati, Denver, Arizona, Cleveland, St. Louis and Super Bowl champion Seattle. Even taking Cleveland and St. Louis into account, the bye week teams have a cumulative record of 12-6. Couple that with some real duds like Tennessee at Indianapolis, Tampa Bay at Pittsburgh, Jacksonville at San Diego and Miami at Oakland, we could be in for some really ugly football.

Vic Beasley is a Special Player For Special Circumstances