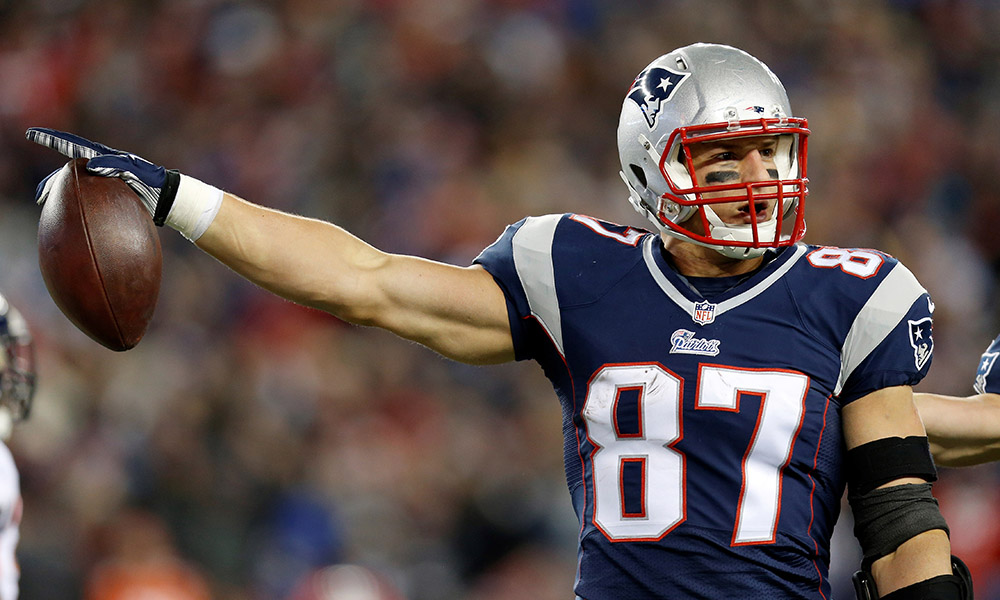 The race for NFL MVP will likely come down to just two men, Aaron Rodgers and J.J. Watt. Rodgers is the overwhelming favorite to win based on his spectacular season.

Still, there were plenty of somewhat unsung heroes this year that won’t get MVP consideration. We’re going to recognize them.

Tom Brady will get plenty of MVP consideration, but he didn’t become especially productive this season until “Gronk” got completely healthy. The league’s best tight end led the Patriots in receiving with 1,124 yards to go along with his 82 receptions. Gronk was an elite red zone threat as he caught 12 touchdowns and he’s clearly the most dynamic player on the New England offense. The Patriots’ fourth-ranked scoring offense looks pretty mediocre without a healthy Gronk.

Antonio Brown led the NFL in receiving and has come on as not just a great fantasy receiver, but also a great reality receiver. Brown is a legitimate deep threat and he can catch passes across the middle, as well as return punts. Although quarterback Ben Roethlisberger will likely receive a bulk of the credit, Brown was the best player on the Steelers offense and was voted team MVP. He’s the best route runner in the NFL and he’s proving that you don’t need to be 6-foot-4 or 6-foot-5 to be a dominant receiver.

Sure, Andrew Luck isn’t exactly an “under the radar” type of MVP candidate but it’s hard to make a case that anyone in the league is asked to do more during a given game. Luck has virtually no running game to speak of, a below average offensive line and one legitimate star at receiver in T.Y. Hilton. Luck’s numbers were tremendous as always, throwing for a career high 4,761 yards with 40 touchdowns and 16 interceptions. The 40 touchdown passes nearly doubled his previous career high of 23.

Jeremy Maclin bet on himself in the offseason as he signed a one-year deal as he was coming off a torn ACL and he’s about to cash in. Maclin was a consistent force in Chip Kelly’s offense as he was able to get open against virtually any defense. Maclin caught 85 passes for 1,318 yards with 10 touchdowns this season and was the primary weapon for an Eagles team that won 10 games.

Dilemma in Dallas: Mixed officiating crews are mixed up