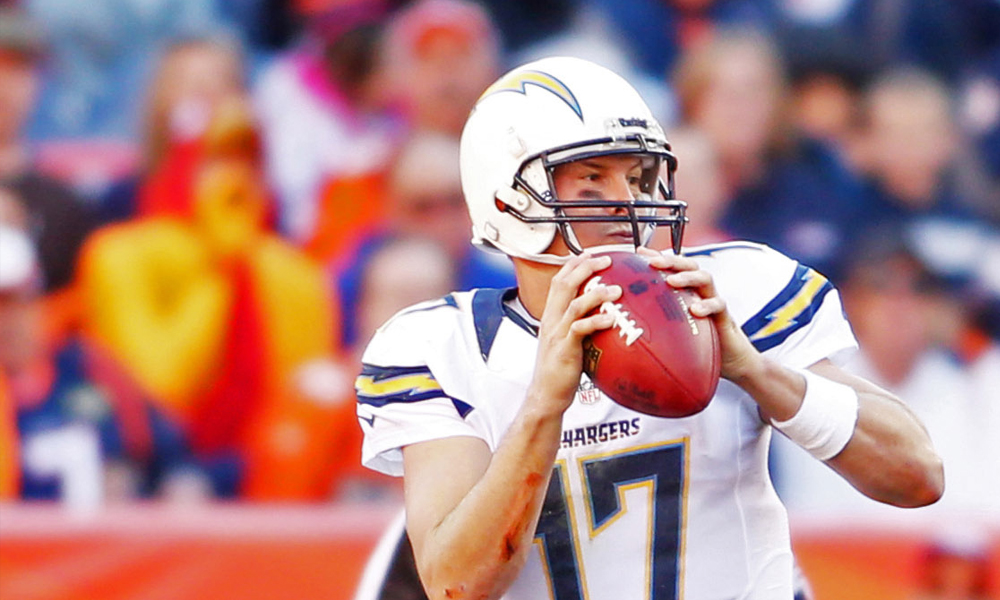 We’re at the quarter-pole of the NFL season and we’re going to keep tabs on the front runners for MVP.

1. Philip Rivers, San Diego Chargers– Rivers is playing at the highest level of his possible Hall of Fame career and he’s doing it without any elite wide receivers and a past his prime Antonio Gates. Rivers doesn’t have the arm or foot talent of Aaron Rodgers but he continually puts his team in the best possible play and is able to manipulate defenses.

2. Russell Wilson, III, Seattle Seahawks– Wilson is the quarterback on the league’s best team, so that alone deserves MVP consideration. Wilson does all of the little things and a lot of the big things and he would succeed in any offense.

3. Peyton Manning, Denver Broncos– This week will be a good test for Peyton Manning as they take on the undefeated Arizona Cardinals. Another week of practice with Wes Welker should help the offense.

4. J.J. Watt, Houston Texans– If you were drafting non-quarterbacks, how do you take anybody but J.J. Watt first? He has more quarterback hits than a handful of teams and has scored two touchdowns.

5. DeMarco Murray, Dallas Cowboys– Murray is on a record-setting pace and he will likely get his touches cut down just a bit. He has been the main reason why the Cowboys are a first place football team.