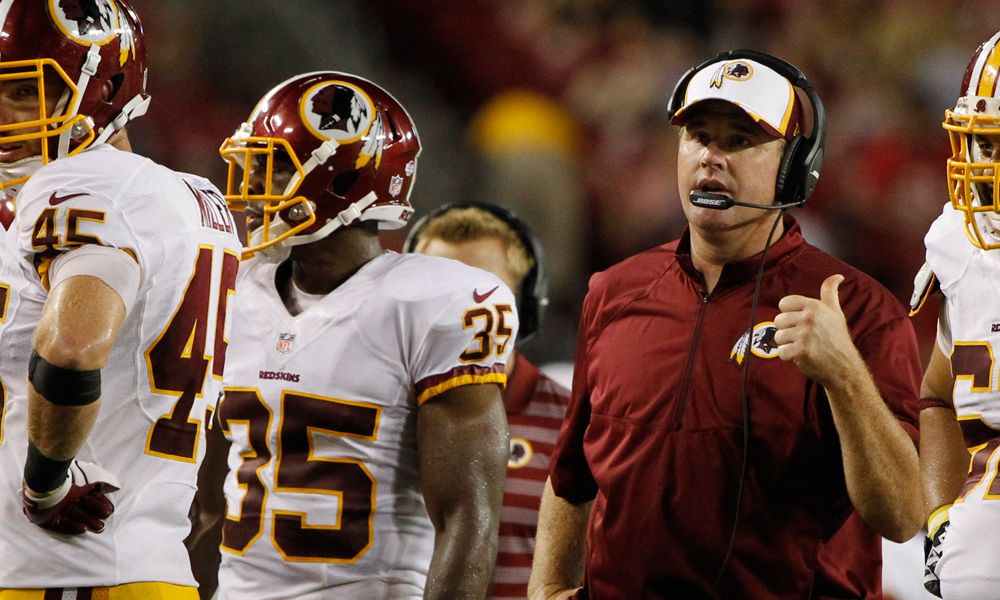 The Redskins gave the Seahawks all they could handle, overcoming a 17-0 deficit to pull within 24-17 with 3:35 remaining. But in the end, it was too much Russell Wilson and Marshawn Lynch as the Redskins lost their third consecutive game, 27-17.

Washington’s 1-4 record is especially damaging in a division where every other team has a winning record. Things do not get any easier next week, as the Redskins travel to Arizona to take on the 3-1 Cardinals.

It was a frustrating game for the Redskins, who could not take advantage of 12 Seattle penalties, including three that wiped out Percy Harvin touchdowns. Washington’s biggest problem was its inability to contain Wilson, who set a career-high with 122 rushing yards, the most ever for a quarterback on Monday night football. Wilson also used his feet to set up several clutch throws from outside the pocket, including an incredible play with just over two minutes remaining where he avoided heavy pressure and found Lynch for a 30-yard completion on third-and-4.

“Russell’s a hell of a player,” Redskins coach Jay Gruden said. “He kept a lot of plays alive. Obviously, that play at the end there was unlike I’ve have seen in a while. He’s won a lot of games for them because of that.”

The loss was Washington’s seventh straight in prime time.

The Lions, after scoring only 14 points in Sunday’s loss to the Bills, are leaning towards sitting Calvin Johnson during this week’s game in Minnesota. Johnson, who is battling an ankle injury, has caught just three passes for 19 yards over the last two games combined.

Coach Jim Caldwell considered sitting Johnson against the Bills. He opted to let his star receiver play, but Johnson re-injured himself on his only catch of the game. The man known as Megatron missed all but two snaps of the second half as the Lions failed to score after intermission.

The Lions have enough talented pass catchers to afford to rest Johnson for a week or two. Golden Tate has caught 15 passes for 250 yards and a touchdown over the last two weeks, stepping up as Johnson throttled down. Jeremy Ross has elevated his game, as well, as evidenced by his 59-yard touchdown reception against the Jets in Week 4.

That being said, the Lions know they need Johnson at 100 percent to get where they want to go. He is the game’s undisputed top receiver and his ability to stretch the field and win jump balls adds another dimension to Detroit’s offense.

The Broncos received a bit of good news on Monday when they learned Montee Ball’s groin injury will not keep him out for the rest of the season, which was originally considered a real possibility. Ball is expected to miss several weeks, but there is still an outside chance he could return in time for Denver’s Week 8 game against the Chargers, which could could be a pivotal matchup in terms of the AFC West race and possible playoff seeding.

Ball is averaging a pedestrian 3.1 yards per carry so far this season, but some of that blame belongs to a Denver offensive line that has struggled to open up running lanes. Ball will also be missed as a check-down receiver out of the backfield; he has caught at least two passes in every game this season.

Ronnie Hillman takes over as the starting running back. The third-year player out of SDSU makes a lot of big plays and is even more dynamic in the passing game, but he is more of a third-down back than a workhorse. Denver also has undrafted rookie Juwan Thompson. who scored his first career touchdown last week against Arizona.