Connect with us
Home » news » nfl am rams bench davis 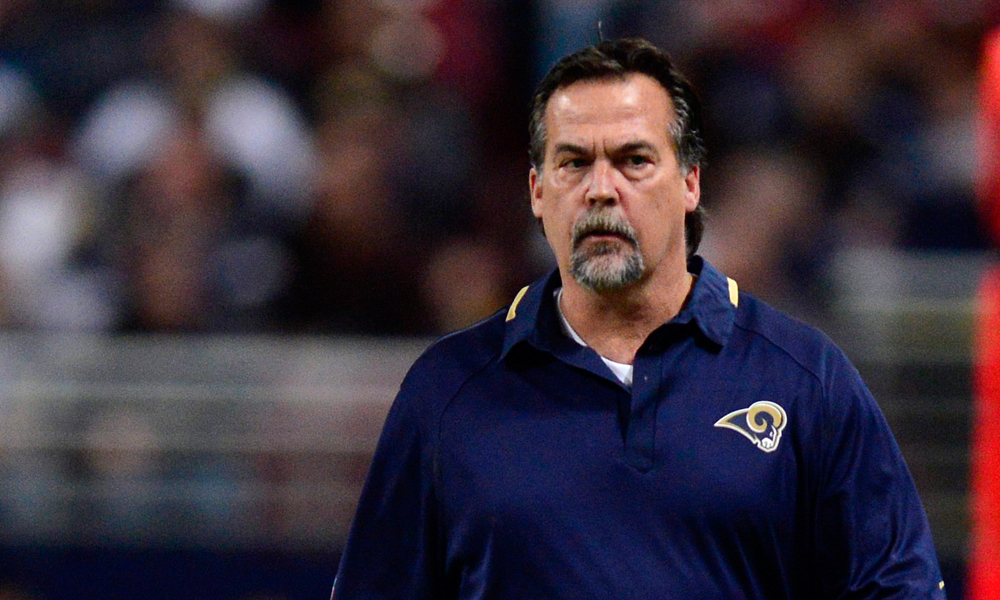 Hill began the preseason as Sam Bradford’s backup and when Bradford went down with his season-ending injury, Hill couldn’t make it through Week 1.

“It’s never an easy decision when you make a change in the middle part of the season,” Fisher said. “But we looked at things Monday night in lengthy discussions with the offensive staff and just felt that the best thing to do at this point moving forward was to lean on the experienced quarterback.”

Not only head coach Jeff Fisher, but general manager Les Snead both have their jobs potentially on the line and they likely don’t have time to endure rookie mistakes. Although starting Shaun Hill may not be in the team’s best interests in the long-term, if he catches fire and the team finishes strong both Fisher’s and Snead’s jobs can potentially be spared.

Outside of the actual scoreboard, the most important statistic in football is turnover differential. For a team to win that consistently commits more turnovers than it forces, teams have to be excellent in other areas.

One of those teams is the NFC East leading Philadelphia Eagles.

Mostly under currently injured starting quarterback Nick Foles, Philadelphia has a turnover ratio of minus-5.

As explosive as the Eagles offense is, as they’re currently ranked fifth-overall in yardage (404.3) and fourth-overall in points per game (31.0), they’ve had major issues in the red zone. Philadelphia converts touchdowns on less than 40 percent of their red zone trips and a major reason is turnovers.

“If you turn it over you aren’t scoring any points in there,” Eagles head coach Chip Kelly explained. “Our mindset is you have to get three and you’re greedy and you want seven.
“But we can’t come away without any points in that situation. I think the turnovers are really the biggest part that’s killing us in the red zone right now.”

“We were really good at (special) teams when I was at Oregon and we spent a lot of time on them, and I believe the same thing here,” Kelly said. “I think, especially in this league where everything is so close, there’s very, very rarely blowouts anywhere. The game is usually coming down to a possession or two.

The Philadelphia Eagles may be losing the turnover battle, but they’re winning big everywhere else.