Connect with us
Home » news » nfl am inconsistent punishment by nfl 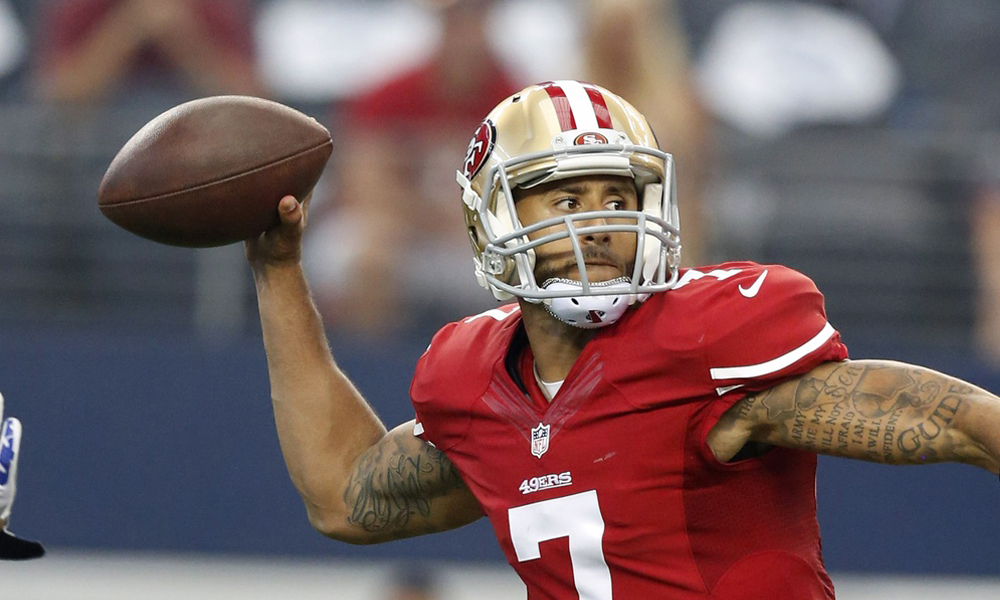 In this edition of NFL AM, we discuss some hypocrisy in the NFL’s fine structure as well as some fantasy implications if you have two of the league’s top wide receivers.

These days, the NFL is not known for their consistency with punishments. The Ray Rice punishment has been spoken about ad nauseum and we’ve iterated how the league was more reactive than proactive. Just this week there were a pair of fines that were just as questionable.

Since the NFL signed their new deal with Microsoft, the league banned players from wearing headphones that weren’t league sponsored. Apparently, San Francisco 49ers quarterback Colin Kaepernick didn’t get the memo as he wore a pair of his “Beats by Dre” headphones (which he endorses) on the field for warmups.

“The NFL has longstanding policies that prohibit branded exposure on-field or during interviews unless authorized by the league,” a league spokesman said.

Uniform rules are one thing, but mandating what accessories that players should wear seems a little ridiculous.

It gets more ridiculous when you consider one of the other fines doled out this week. Denver Broncos tight end Julius Thomas dove at the knee of Arizona Cardinals defensive end Calais Campbell, spraining his MCL and forcing him to miss roughly a month. Although it’s questionable whether the play was “dirty,” there’s no question that it was illegal.

“I guarantee that being dirty is not a part of my game, and to intentionally hurt somebody is not something I would ever do,” Broncos tight end Julius Thomas told USA Today.

The NFL fined Thomas for that illegal block $8,268.

What the NFL is basically saying with it’s fines is that it’s worse to wear non-sponsored headphones than it is to dive at the knees of another player, causing him to miss significant time.

After being carted off the practice field earlier this week, Bengals All-Pro wide receiver A.J. Green will miss Sunday’s game against the Carolina Panthers. Green had been battling a toe injury.

“It’s day to day, as I was told [Friday],” Bengals head coach Marvin Lewis said. “He’s feeling good. Which is a good thing, a positive thing.”

On the official injury report, Green is listed as questionable for the game. He has caught 17 passes for 314 yards and two touchdowns through four games this season.

The only wide receiver that was probably drafted before A.J. Green in most fantasy drafts was Detroit’s Calvin Johnson. Johnson is listed as “doubtful” for Sunday’s game against the Minnesota Vikings, as he’s been battling an ankle sprain.

Johnson has battled the bad ankle for three weeks now and has caught just three passes for 19 yards over the past two games.

The likely absence of Green and Johnson should result in an increase of targets for Mohammed Sanu and Golden Tate respectively.

Year of the Comeback In The NFL