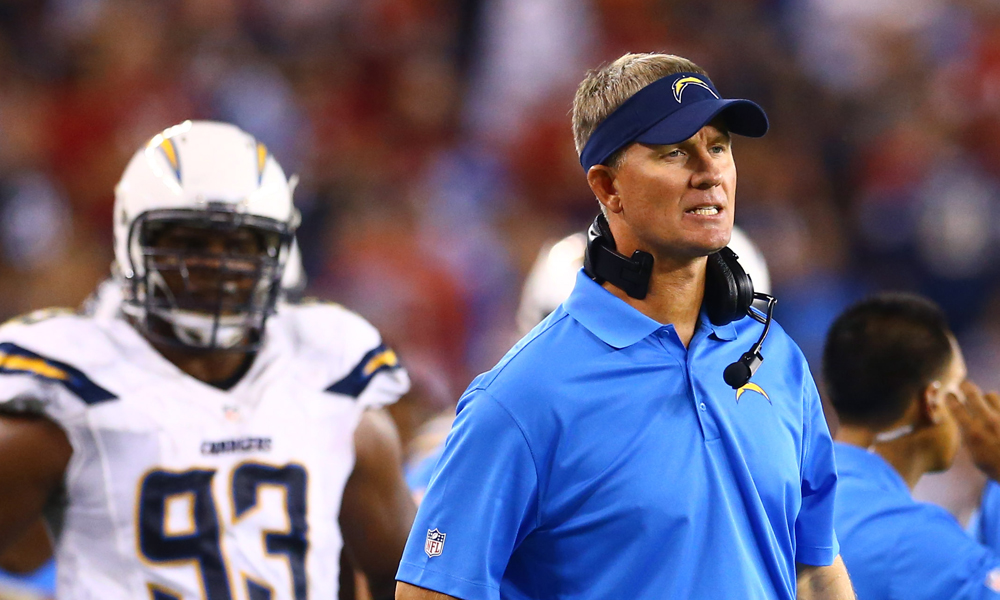 After the San Diego Chargers 4-12 2015 campaign, everyone in the front office seemed to be on the hot seat.  Then owner Dean Spanos granted head coach Mike McCoy and general manager Tom Telesco questionable contract extensions, and it just might work out after all.

Telesco’s free agent class isn’t getting the overwhelmingly positive publicity of the classes in New York, Oakland, Tampa Bay and Jacksonville, but it’s possible that the Chargers may be the most improved team in the first week of free agency.

Since this happened on a Sunday morning and Hayward isn’t a huge name, it’s not being treated like an overwhelmingly big deal.

This was another great signing by the Chargers.

No blue chip types of players other than Gates, who is a few years past his prime.  Instead Telesco found great fits that didn’t cost much and should make the team much better in 2016.

None of Washington’s signings broke the proverbial bank and it helped result in an NFC East title.

Why not?  They have the best quarterback in the division by far.  A first-round running back returning after his first full offseason.  They have a healthy Keenan Allen coming back alongside a legitimate deep speed threat in Travis Benjamin.  Defensively, Corey Liuget is one of the best 3-4 defensive ends in the NFL and the Chargers young corps of linebackers is as good as any.  Now that there is a legitimate cornerback opposite Jason Verrett, there’s no telling how good this defense can be.

Benjamin also will help with special teams as the Chargers had a league low 84 total punt return yards in 2015.  It was the lowest amount in the NFL since 1981.

“Travis is explosive,” said Chargers Head Coach Mike McCoy. “He’s a playmaker that brings a different dynamic to our team. He was highly productive last season and his speed will be an asset to our offense. We’re also excited for what he can do as a returner. His speed and overall athleticism will help us in both phases.”

“He’s just so explosive,” echoed quarterback Philip Rivers. “We saw it when we played them (Cleveland) last year. He makes defenses look out because he can run by you in a hurry. He is very versatile and I think he will fit right in as another guy to spread the ball around to. His punt returns are awesome when you watch them, so he will bring a lot to our return game, too.”

Armed with the third-overall pick in the 2016 NFL Draft and a high pick in each proceeding round, don’t be surprised if the Chargers are on top of the AFC West in this fall.

Jets Have Leverage In Fitzpatrick Negotiations

The New York Jets currently have Geno Smith, a man who had his jaw busted by a teammate prior to the start of the 2015 season, and second-year quarterback Bryce Petty as their only quarterbacks under contract.

After leading the team to a 10-6 record, it seemed to be a foregone conclusion that free agent quarterback Ryan Fitzpatrick was going to be welcomed back.

After just about a week of free agency, it doesn’t seem like very much of a done deal.

The Jets and Fitzpatrick are reportedly not close to a new contract, and both sides have good reason to be sticklers on what they want.

Fitzpatrick and his agent just witnessed Brock Osweiler, who’s started all of seven games land a four-year, $72 million deal.  They also saw Kirk Cousins help lead the Redskins to nine wins and get franchised, which will pay him nearly $20 million in 2016, and the Eagles granted Sam Bradford a two-year, $36 million deal after a third-place finish.

Sure, Fitz is 32 years old and not 25 and 27 like Osweiler and Cousins respectively, but he is a more accomplished player who led the Jets to the biggest increase in victories by any AFC team last year.  With the kind of money that’s being thrown around to quarterbacks, it’s no wonder that the Harvard graduate wants some tossed his way.

From the Jets perspective, why should they pay Fitzpatrick nearly $20 million per year just because the Texans and Redskins were desperate?

Fitzpatrick has played in as many playoff games as most of you who are reading this, and at 32 years old do we really think that there’s about to be a renaissance in his career?

The value of anything is what someone will pay for it.  With the quarterback market drying up quickly and each team outside of Denver already having a very good idea of who their starter is in 2016, why should New York bid against themselves for Fitzpatrick’s services?

If the Denver Broncos don’t want to sign Fitzpatrick to be their starting quarterback, he has two options: take the Jets offer or become a backup for significantly less money this year.

It appears that the Jets were smart in waiting things out, and now they have almost all the leverage.

The NFL announced the compensatory picks for the 2016 NFL Draft, a total of 33 “extra” selections.  Compensatory picks are given to teams who lose free agents the season before so we can expect the 2017 compensatory lottery to be won by the Denver Broncos, Cleveland Browns and Green Bay Packers.

Dallas, San Francisco and New England lead the way with four bonus selections in April’s NFL Draft.  As you may or may not know, compensatory picks can not be traded.

Draft Blog: Which Players Are Among The Top-Tier Of Talent