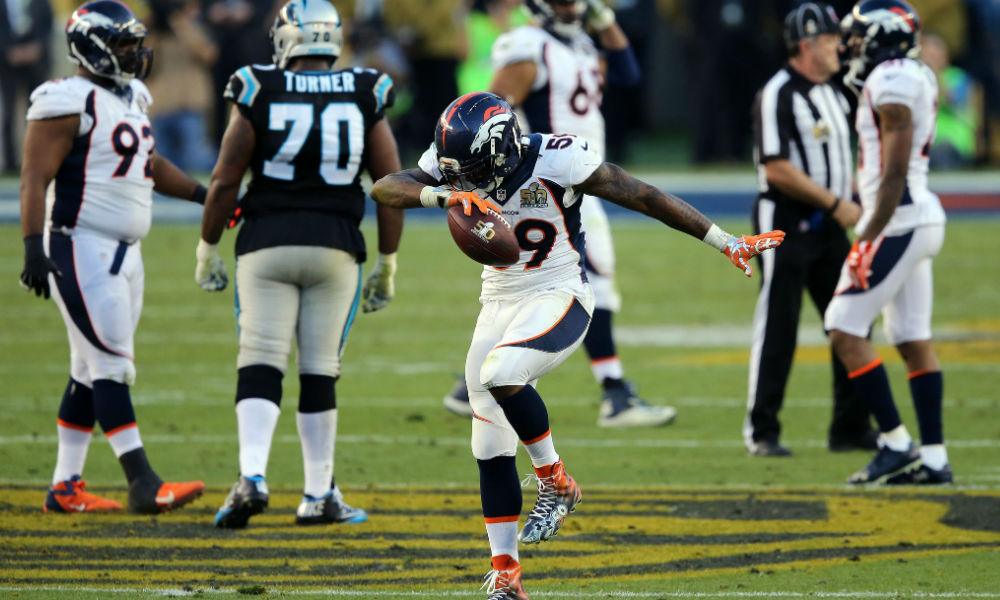 It may be hard to believe, but the month of April is quickly approaching, which means the NFL Draft is right around the corner. With that being said, free agency has dramatically slowed down.

The majority of the top players are already off the market.

The NFC North division has experienced quite a bit of movement over the past couple of weeks, so it’s time to see what grade each team in the division deserves in free agency thus far.

For the first time since 2009, the Minnesota Vikings won the NFC North. Unfortunately, their stay in the postseason was very short lived, as they fell short to the Seattle Seahawks.

As they plan on taking the next step, Minnesota has made a concerted effort to improve their offensive line. This past season, the Vikings allowed 45 sacks, which tied for the eighth-most in the league.

“Alex has played left guard, played right guard, I know [new Vikings offensive line coach] Tony Sparano was out there a year with him in San Francisco,” Spielman stated. “We’ve monitored him throughout the years, and he brings not only a good football player but the type of mentality that Coach [Mike] Zimmer is trying to establish with our offensive line.”

Another position of concern has been safety and Minnesota potentially filled that after the acquisition of veteran Michael Griffin.

“One thing I can tell you, from a defensive back standpoint, is [Zimmer] knows how to put guys in the right position to make plays and to let them continue to thrive in this league,” Griffin said. “Again, that played a big factor into coming here.”

On the flip side, Minnesota still needs to find answers at wide receiver, especially after the departure of Mike Wallace. They ranked near the bottom in passing yards and passing touchdowns.

The Green Bay Packers are one of the most stubborn franchises in sports history when it comes to free agency, but considering they’re tied for the fourth most Super Bowl titles, can you really blame them?

Throughout their proud history, Green Bay has never been known for making huge splashes and that’s been more evident than ever during this year’s free agency period.

General manager Ted Thompson hasn’t signed anyone outside of the organization and it doesn’t look like he will.

“Free agency is a long process,” head coach Mike McCarthy stressed. “It’s not over yet, hopefully we can add a guy or two. But I’ve always focused on our own guys. I’m always open to improving our football team from the outside, but the draft has always been our lifeline and that’s where the majority of our emphasis goes in the offseason. Just because we don’t sign anybody, we are active on free agents. Whether we sign them or we don’t is a different matter.”

Having said that, it’s not as if Green Bay is far off from winning a fifth Super Bowl.

First of all, whenever you have Aaron Rodgers under center, you always have a punchers chance and their defense performed better than many expected last season, allowing only 20.2 points per game, which placed them in the top half of the league.

With majority of their team returning, Green Bay will be a force to be reckoned with and don’t forget Pro Bowl wide receiver Jordy Nelson will be back.

We’ve seen numerous of players decide to hang up the cleats recently, but no other team has had to endure two retirements this off-season like Detroit has.

Calvin Johnson and Rashean Mathis have both decided to call it quits, which has left Detroit scrambling to recover.

Clearly no one can ‘replace’ Megatron, but Detroit did the best they could by signing former Bengals receiver Marvin Jones.

Jones totaled career highs in catches (65) and receiving yards (816) this past season.

Furthermore, the pickup of Tavon Wilson is one of the best under the radar signings this off-season. Wilson experienced limited playing time in a crowded New England secondary, but when he was given the opportunity, he performed well. In 69 targets, Wilson gathered five interceptions and defended five passes.

You’ll be hard pressed to find a team who’s had a more successful free agent period than Chicago. Sure, they lost franchise favorite Matt Forte, but to be quite frank, running backs are expendable in today’s pass happy NFL.

Ever since Brian Urlacher decided to hang ’em up, Chicago has been severely hurting at linebacker, but they addressed the position in a major way after signing both Jerrell Freeman and Danny Trevathan.

“I think the staff — with coach [John] Fox and Fangio [made the Bears attractive]. I just liked the surrounding,” Freeman expressed. “I know a couple of players that’s played for them before and they spoke highly of them. And also who I get to play with. You’ve got Trevathan right beside me, that d-line and the linebackers. It’s definitely a good situation.”

Chicago’s defense was less than stellar last season, so it was important for them to upgrade on that side of the ball and with Forte gone, it was essential for them to re-sign guys like Alshon Jeffrey and Zach Miller to keep their offense afloat moving forward.